Send any number of other cards from your hand and/or field to the GY; choose that many Effect Monsters your opponent controls, and until the end of this turn, their ATK is halved, also their effects are negated. In response to this card’s activation, your opponent cannot activate cards, or the effects of cards, with the same original type (Monster/Spell/Trap) as the cards sent to the GY to activate this card. You can only activate 1 “Forbidden Droplet” per turn.

Forbidden Droplet might be the last in the Forbidden archetype/storyline? It makes our countdown at #9 and one of the most hyped cards of Rise of The Duelist.

A Quick-Play one-sided Skill Drain for the turn, combined with a blanket Shrink effect on top of that, now that’s a card. A -1 because you still have to discard for however many monsters you are going after, but with the grave being so important now in the meta this isn’t really an issue. Droplets can also lock your opponent out from countering it if you discard at least one of each kind of card (Monster, Spell, Trap), essentially making it a Spell Speed 4. All decks can play this, and if you use your graveyard a lot or need to get cards from the hand into the grave this card is a must. It can be used offensively and defensively, even if you only go after one monster, you still can completely turn the tide of the game. Chain in the damage step and get rid of an attacking monster, or use it as your onslaught card. Arguably it is the best “Forbidden” Quick-Play there is because of its wide reach with its effect and potential to be not be countered.

Droplets I thought might be a little higher on the list, but it didn’t break the meta, it just made many decks better.

For number 9, we got 2020’s version of Dark Ruler No More that can be used on the opponent’s turn while also supplementing graveyard resources for Decks that want it. From Rise of the Duelist, we have Forbidden Droplet.

Forbidden Droplet is a Quick-Play Spell that lets you send any number of other cards from your hand and/or field to the graveyard to choose that many Effect Monsters the opponent controls to have their effects negated and ATK halved while the opponent cannot respond with the card types you send to activate this (Monster, Spell, Trap). Sending all 3 makes this a Spell Speed 4, which is insane considering what it does. It can wipe the opponent’s board of their Monster Effects without a single response from the opponent, plus their ATK is lowered for no OTKs and easier for you to run over. It stops the opponent from comboing off as well, which is strong in a combo-centric meta, despite it calming down slightly. Forbidden Droplet is a good card for graveyard Decks or anything that needs help taking care of the opponent’s Monsters. Also the card doesn’t target, which is great. Of course it’s a hard once per turn, but that’s fine. Forbidden Droplet is a great card for various strategies.

Art: 5/5 It’s a different take from the other Forbidden cards, but it’s great.

#9:  Forbidden Droplet
Position on my List:  N/A  (I seem to have only chosen Monsters this year)
My #9:  Infernoble Knight Emperor Charles

Forbidden Droplet is a Quickplay Magic in the continually growing Forbidden series.  This card is VERY good, and honestly, quite the neglection of inclusion on my part.  Sending any number of cards from you Hand and/or Field (meaning you could dump a LOT of cards, making this also better early in the game or after a big extension on your part) lets you halve the attack and negate the effect(s) of the same number of Effect Monsters your opponent controls until the End of the current Turn.  That seems like potentially a lot to give up but if you’re clearing the opponent’s board and/or winning, it doesn’t matter what you’re giving up.  Oh, and if this weren’t powerful enough, your opponent can’t activate cards or effects of the same type (Mon/Magic/Trap) as what you use for this card, making it almost a guaranteed payoff.  A card like this that can neutralize so fully, even just for a turn, and potentially win you a game, or even dig you out of a hole, is truly awesome.

Rating:  4.75/5  If you’re not winning, or don’t have enough to suppress their whole board, it loses some power, but still very good.

Art:  5/5  All the Forbidden arts are great, and I like how this one is dark. 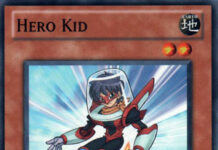 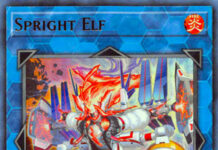 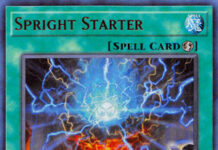