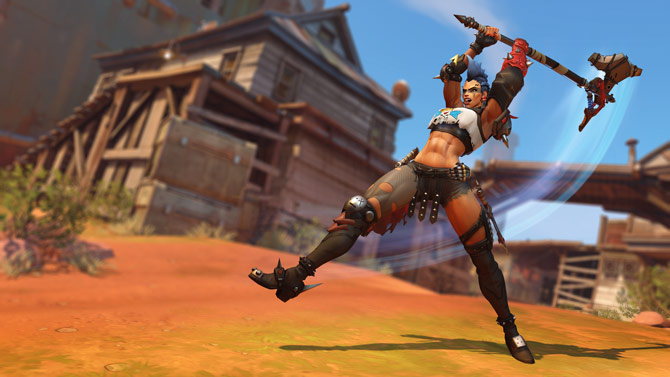 Overwatch 2 is an upcoming team-shooter multiplayer game by Blizzard.  A few betas were held for Overwatch 2, the most recent was July 14-18th.  October 4th 2022 is the announced release date.  Overwatch 2’s PVP component will be free-to-play and it will replace Overwatch 1, but the PVE component of Overwatch 2 is paid.

I’m in a similar boat as many people.  Played Overwatch 1 when it came out.  I adored it in 2016-2017, my interest waned in the past few years.  I’m excited for the new content and potential it has to offer, but seeing some of Blizzard’s missteps over the past few years, I’m a bit cautious too.

Overwatch 2 is more of a traditional FPS than OW1.  It’s a 5v5 (instead of 6v6) with only 1 Tank per team instead of 2.  While this has upset a portion of the playerbase, tank players are a minority (hence the imbalance of que times between roles in OW1)  There are also less shields and stuns/crowd control in the game, which puts more emphasis on aiming and mechanical ability.  This means more uptime in combat and faster paced fights.  With less shields, positioning errors will be punished; players need to position smarter and use natural cover better.  This means more carnage.  I die a bit more often in OW2, but I didn’t mind because I was having fun.  I’d rather take duels and die rather than shooting at shields half of the game and rarely being able to take fights at all.

Off-angles are more important in OW2 as well, which is a nice change of pace because OW1’s linear chokepoints felt restrictive. In OW1, teams can run through the middle of the map and use both tanks to control the objective, forcing the enemy team to contest the objective.  But now it’s not enough to get value by sitting on point and outburning the enemy team’s resources.  You now need to control a large portion of the map.  Some people have said that this is just OW1 minus a tank, and it may appear that way visually, but having played the game, the gameplay feels fundamentally different.

I had a blast in OW2 beta and it reminded me of the glory days of OW1.  But there are many other people who are unconvinced, and while I’m personally happy with the product, Blizzard has a long way to go in persuading public opinion as a whole.

The common criticisms of Overwatch 2 have been:

The other issue looming over OW2 is the decline of Overwatch 1.  OW1 has received almost no new content in 3.5 years, and many people have left the game.  Even if OW2 improves where OW1 went wrong, and starts adding new content, there’s still a loss of momentum from the years of inactivity, it will take a lot of work for Blizzard to get those players back.

Since 2019, Overwatch 2 has given us promises, teasers and a few betas, but the sheen of that has worn off a bit since.  Many people are holding out until they see a fully finished product.  It’s been 3+ years.  The time for speculation is over.  It’s time to deliver.