2 Level 4 monsters – Once per chain, during your Main Phase or your opponent’s Battle Phase, if your opponent has more total cards in their hand and field than you do (Quick Effect): You can detach 1 material from this card; destroy all other cards on the field, also your opponent takes no further damage this turn.

After doing Top 10 Synchros in 2018, I had the idea for the last 3 years to do the same for Xyzs, so here we are with the Top 10 Xyzs of all time. I’ll note the notable exclusion of Divine Arsenal AA-ZEUS – Sky Thunder from my perspective being it hasn’t had enough time to build its legacy enough to give it a more accurate ranking, so I didn’t put it on my list. Anyways, we start off with one of the two strong Rank 4s from Legacy of the Valiant, and a card similar to ZEUS, at the number 10 slot: Evilswarm Exciton Knight.

EEK is a Rank 4 LIGHT Fiend with 1900 ATK and 0 DEF. Not the greatest Rank 4 stats, but they’re fine, and it has LIGHT and Fiend going for it as positives. It’s a generic Rank 4, needing only 2 Level 4 monsters, which has always been easy to do. Once per chain, during your Main Phase or opponent’s Battle Phase, as a Quick Effect you can detach a material from this card while the opponent has more total cards in their hand or field than you do to destroy every other card on the field, but the opponent takes no further damage this turn. Basically it punishes the opponent for being in a winning situation. Once this was easily the best Rank 4 in the game, if not one of the bests. It was a complete blowout for the time it was released to a point where it was banned a year and a half later. It eventually came back, and while it is still a good card, it isn’t the force it once was. The blowout isn’t as scary on this as before considering the specific timing you have to use it alongside the effects to stop this or benefit off it increasing. It’s still a staple Rank 4 in Decks that can fit enough Rank 4s in, though it isn’t the top priority anymore. Exciton Knight hasn’t aged horribly, it just isn’t the 100% undisputed staple it once was. Still can be a powerful card.

Art: 4/5 Steelswarm Roach with a color shift from black to white isn’t that bad.

I knew we were doing this but I didn’t know we were doing this THIS week.  I know I had a list of my Top 10 XYZ (Lord alone knows what happened to that) but for #10, here’s Evilswarm Exciton Knight.  Rank 4, Light/Fiend (more common these days) with 1900 attack but 0 defense.  XYZ Summon requires any two generic Level 4 Monsters, which we always appreciate.  This guy is a simple, but effective card, with a deadly Quick Effect, but one that does balance out to protect the opponent, at least for the Turn.  During your Main Phase or your opponent’s Battle Phase, if they have more total cards in their Hand and on their Field than you, you can destroy ALL other cards on the Field (note can) by detaching an XYZ Material.  Fun.  If you do this on your opponent’s Turn, assuming they’ve already used their Normal Summon, if there’s no (more) Special Summoning to be done by them, then you should get a fairly open Field (watch the back row, of course) for your next Turn.  Using this on their Turn also works around the ‘your opponent takes no Damage for the rest of the Turn’ clause.  Fun, and a fairly smart players card.  Nice to start to the countdown, and the week.

We start off a lit of the best Xyz monsters in the game and things get kickin with Evilswarm Exciton Knight.

Still a fantastic Rank 4 choice, this guy was an incredible board wipe when first released and spent some time on the ban list because of it. Generic materials, lower ATK than most Rank 4 monster because of the single detach board wipe ability. They take no further damage after that, but that rarely mattered. Knight can do this during their Battle Phase or your Main Phase, so if used during their turn you are preventing yourself from taking damage rather than preventing them through the “downside” of Knight’s effect. Your opponent has to have more card than you, which is easy to come by, and this card never will be used as a spot removal, it is a blowout card, always has been. Any deck that Xyz Summons and has Level 4 monsters should have this still as an option in their Extra Deck. Even with all the negation abilities available, even with all the board-wipe cards that are available, Exciton Knight is still a great choice for card destruction.

Board-wipe and link him away and build your board up for next turn. LP don’t matter that much in the game unless you are attacking for game, so doing no further damage isn’t even a thing anymore. 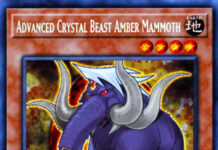 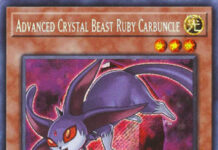