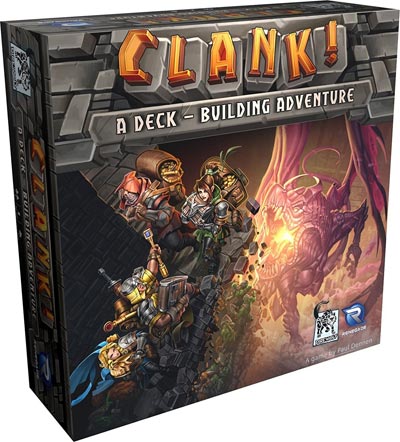 Clank! is a competitive deck-building game, with a game board.  It’s a dungeon-crawling board game for 2 to 4 players, and is made by Renegade Game Studios.  The goal of the game is to delve into the dungeon, steal some artifacts, and get out before the dragon roasts you.  The term “Clank!” is used in the game to represent the noise you make while sneaking around the dungeon.  Every time you make a clank, you increase your odds of getting discovered by the dragon living in the dungeon.

How is Clank! Played?

Many times your moves will generate “Clank!”, slightly disturbing the dragon.  Every time you generate Clank!, you will add one of your Clank Cubes to the Dragon Bag!

What’s this about a Dragon?

There is a Dragon Bag starts off with 24 black dragon cubes in it. Every time someone generates clank they will add clank cubes into to the dragon bag.  Several times during the game, players will accidentally disturb the dragon, and she will attack anyone still down in the dungeon portion of the board.  During a dragon attack, players will draw a designated amount of cubes from the Dragon Bag.  At first, you will only draw 2 cubes every attack.  If a black cube is drawn, everyone is safe.  If your colored cube is drawn, you’ve taken damage.  If you take a total of 10 damage during the game, you’re game is over. 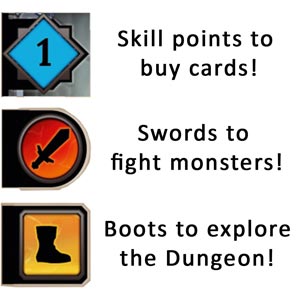 There are lots of different cards here to help everyone build a competitive deck during the game – Over 170 cards in this box!  The cards vary by featuring different options: 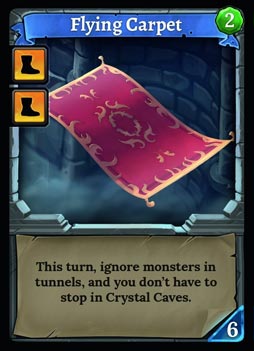 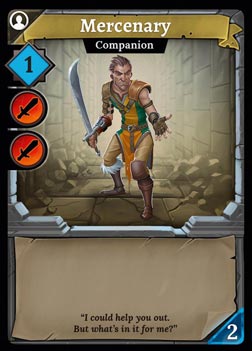 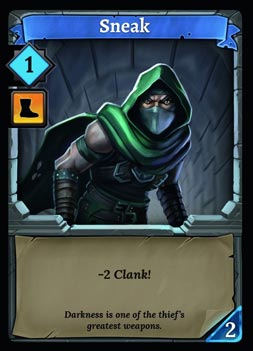 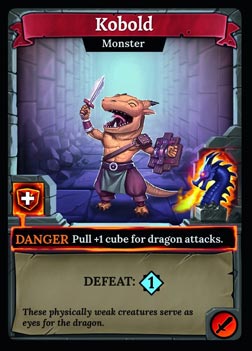 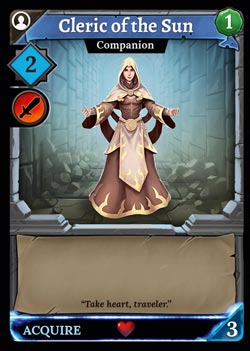 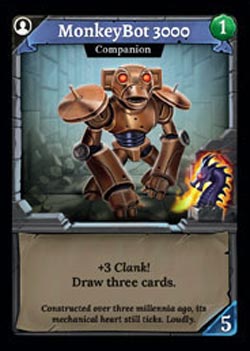 Pros and Cons of Clank!

Your choices can be very dynamic during the game.  You might have had a plan to grab a certain artifact and get out.  But an opponent might be moving through the dungeon faster, and have the same plan.  You will have to alter your plan, which is fairly easy since the dungeon is essentially a maze of options.  The best loot is all the way at the bottom, but dare you risk it … and will you be able to get out before the dragon eats you?

The tension near the end can have you on the edge of your seat.  Everyone is rooting for someone else’s cubes to get pulled out of the bag.  This is a fun game that is easy to recommend.  My gaming group has played through this game many times, and we’ve enjoyed every game.  And if you get bored with the 2 dungeon boards provided with this game, go out and buy of the others.

Oh, and if you don’t like the Fantasy Dungeon Theme, Renegade Games also now offers “Clank in Space”, which might appeal to you more if you’re into the Space Science Fiction theme.