I’ve never really gotten into rarity-restricted formats. There’s nothing wrong with them per se, but they don’t really speak to me. My favorite way to play has always been to start with what I own, and that includes rares. They’re part of the game, and they add something to the game. But there’s also another issue here, one that crosses over between gameplay and lore and emotion.

I just love playing with planeswalker cards too much. Back in the early 2000s, before Wizards of the Coast figured out how to portray planeswalkers on cards, I fantasized about wading into battle alongside Lord Windgrace and Freyalise. Now, thanks to Lorwyn‘s design innovations and the Commander supplements, I can. And not just them, either – Magic has generally done well with designing interesting planeswalkers, introducing an ever-widening cast of characters who add something to your deck’s gameplay. Playing with planeswalker decks is like having a circle of friends backing you up.

So in honor of the upcoming War of the Spark, I have put together a “planeswalker tribal” deck for my favorite format that nobody much plays: 50-card singleton, originally introduced by Inkwell Looter as Filth Casserole. As I alluded to before, I call it Circle of Friends, and it looks exactly like this: 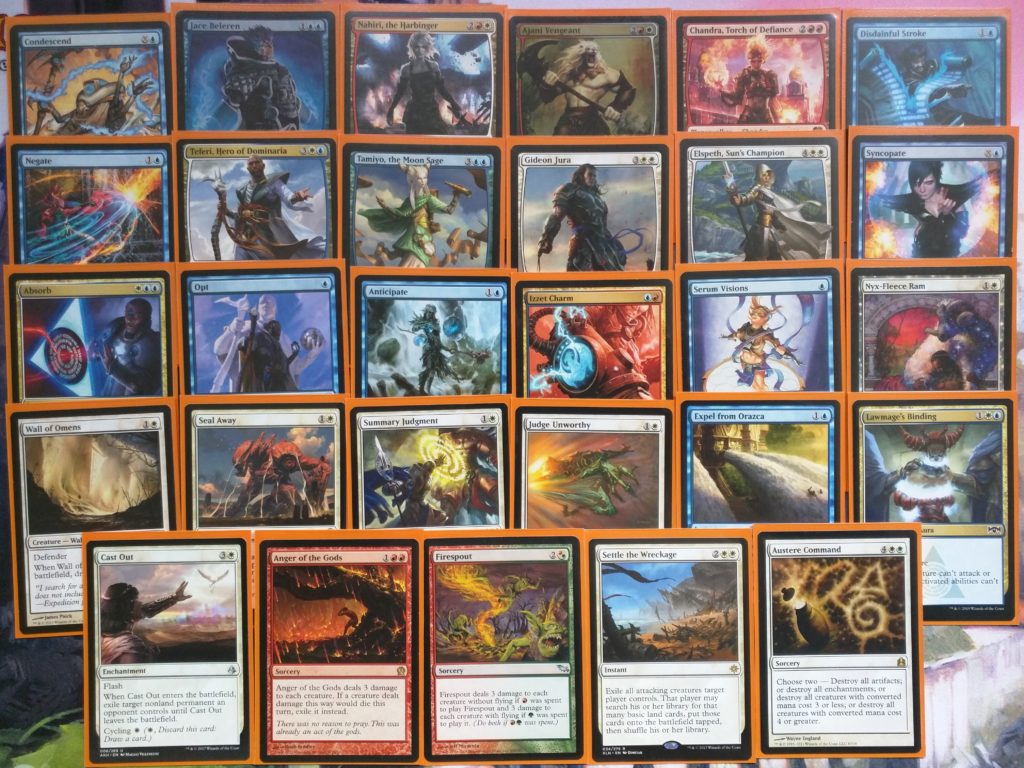 You play it much like you would any other control deck: answering your opponent’s plays, generating favorable card advantage for yourself, and finishing strongly over multiple turns. I took some inspiration from the Lorwyn-era five-color control decks, some of which used planeswalkers as part of their finish. I took it to an extreme, and included no non-planeswalker win conditions, just to emphasize the theme. This actually means it could run into issues in a match against another planeswalker-heavy deck. It would have to either counter them, or lean very heavily on Ajani, Chandra, or Teferi to knock their loyalty down or delay; most of its removal is also intended for creatures.

Relying so much on planeswalkers can be a little risky for control decks, as this can make them even slower than usual. On the other hand, few opponents can afford to let any planeswalker hang around on the table for long: the inherent card advantage they represent is well known. Not only do their loyalty abilities snowball on consecutive turns, the way they draw attacks and damage spells away from you is something you would otherwise need multiple individual cards to replicate. When you have a lot of  planeswalkers in a deck, they can can also protect each other, in the obvious manner involving their abilities, but also in the sense that your opponent needs to make a choice of who to go after first. Is it more important to stop Jace Beleren from drawing additional cards for you, or to stop Ajani Vengeant from locking down their biggest creature? Whichever one they don’t stop will keep holding them back.

Of course, War of the Spark is just around the corner, and it’s really opened my eyes to some of the possibilities for planeswalker decks. First of all, the introduction of planeswalkers with static abilities is fascinating; giving opponents a chance to attack your Leyline of Sanctity variant wouldn’t be ideal in itself, but their other abilities make them a much more multifaceted card that’s less likely to be a dead draw. This deck would benefit greatly from Teyo Verada, The Wanderer, and Kasmina, as their protective abilities combined with its other defensive spells and its density of planeswalkers could make a very difficult barrier for opponents to get past. 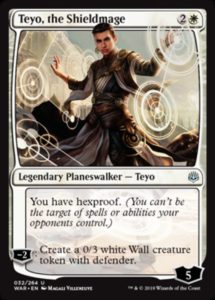 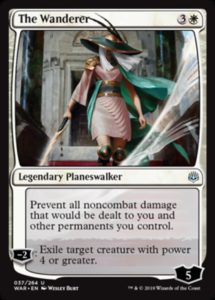 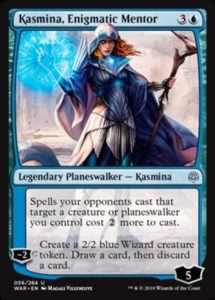 But a lot of the planeswalker abilities in War of the Spark are much more aggressive, and that brings me to my second point. It’s very easy to get stuck in certain patterns when making Magic decks. In the case of planeswalker decks, I’ve clearly never quite gotten past those five-color control decks from Lorwyn–Shards of Alara Standard. There’s a certain logic to that approach, because planeswalkers can be attacked, countered, or Oblivion Ringed, and a planeswalker tribal deck that acts as a control deck can address all of those things. But creature-based decks aren’t the only ones that can get good results by presenting a threat early and demanding that the opponent do something about it. Planeswalkers lend themselves to being that kind of threat because of the card advantage they generate, and also because of the interactions available to them. 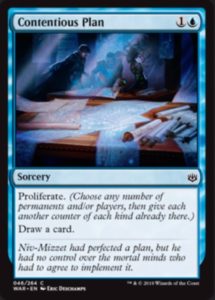 With the variety of planeswalkers we’re about to get from War of the Spark, and the range of costs and abilities they have, there could be a good argument for a much more proactive planeswalker tribal deck. Green and blue have mana acceleration, card drawing, a lot of ways to protect permanents, and a lot of cards that interact with various types of counters – especially if you go back into older sets. 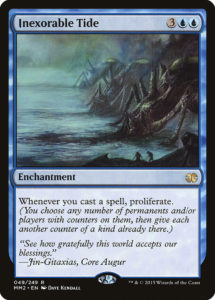 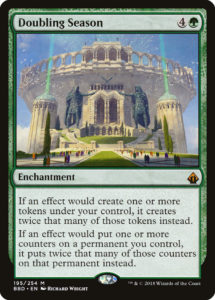 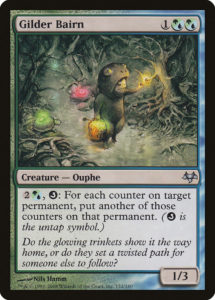 This deck could look very different by next month, so I’ll be sure to keep you all updated!

I borrowed the Swedish 93/94 group’s practice of deck photos above, because another big part of Magic is how the cards look. Here it is in list form for reference.