I wrote this article back in 2014 expressing an opinion very different from the majority.  I didn’t approve of Konami’s censorship because sexual, violent and religious images were offensive to me (quite the opposite).  But rather because I didn’t want the culture and lore of the game cheapened by shock value.

The card arts in the United States and other international countries can often be different than the ones in Japan. Konami alters and censors these cards to cover up nudity, remove sexually suggestive implications, avoid gruesome violent imagery and to avoid conveying any religious themes. 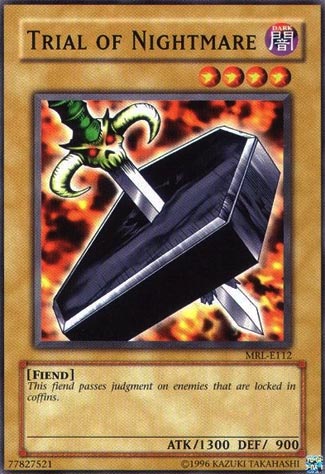 The card name “Trial of Hell” became “Trial of Nightmare”. Monster Reborn was changed from an ankh (religious symbol) to a sword. Ultimate Offering was changed from drops of blood to a pair of ghoulish monsters. The Harpie Lady monsters had their breasts covered. Parasite Paracide was violent and Fiend Comedian was disturbing. I’m not even going to comment on the Japanese version of the card Ego Boost. Lots of players (including me) have collect these unedited cards. To be fair, anything out of the usual was collected, like a Goblin Attack Force with a level-star instead of the EARTH attribute.

Is removing or altering content necessary for something that might offend some people or is it catering to people and only reinforcing a bad mentality of being offended? Years ago, I viewed it as just a bunch of old-fashioned people being too Victorian.  Now, I have a different view.

I’m not particularly reviled by gruesome card images, but toning down the violence is good for making the game more accessible to children. In the end, even if it means appeasing people who may get a misconception of what the game is about at first, it’s been good for the kids who did not get their cards taken away from their parents because of the explicit content. With just looking at one card, a parent’s perception of the company could easily be in free-fall as they wonder what else the company could be promoting.

But it the nudity and sexuality of the card arts were beyond just the monsters and characters being coincidentally naked.  But rather its stylized in a provocative way.  Feminine women depicted in the cards are often given exaggerated breasts and have specific parts of their body revealed for pure sex appeal. Armor is used to protect the male monsters, while used to sexualize female monsters. When breastplates have nipple spikes, that’s where it gets silly.

I don’t want non-duelists to look at these cards and assume that we collect cards like Playboy magazines.  There’s already bad (and wrong) stereotypes about Yugioh players being losers.  Nor do I want to be part of a community of young adolescents who collect binders full of half-naked cartoon women.

Crude content has it’s place (I love shows like South Park).  But the violence and nudity on the original card arts are not some clear objective glass window.  Instead, they cater to boys and young men who are fascinated by these things.  I have no aversion to these fascinations.  They have their time and place.  But not in a card game which should be having a diverse audience including women, children and fathers.

There’s nothing wrong with violence and nudity done creatively, but with Yugioh, it’s been moreso forced than honest.