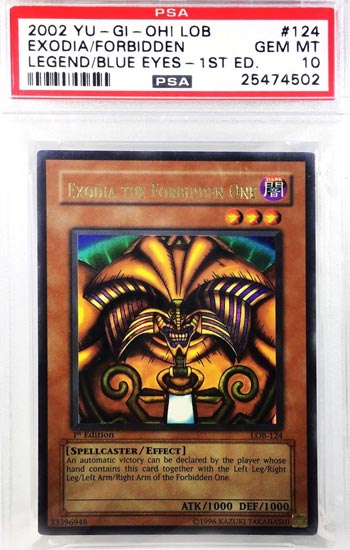 And yet another card from the very first Booster Box hits the Top 25.  This was an ultra rare in 2002’s “Legend of Blue Eyes White Dragon”.  Other parts of Exodia have appeared in the countdown, but undoubtedly the Head is the king.  In October 2017, this copy sold for $900. There are only 38 PSA 10’s of this card out there according to PSA’s Pop Report.

The Head from Dark Duel Stories is a good collectible too. The DDS version sold for $225 recently.