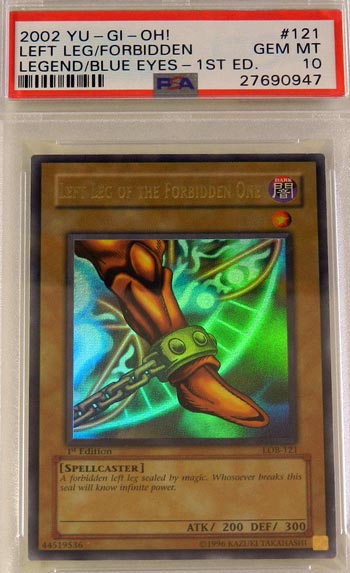 Well, I’m sure you guessed that some pieces of Exodia would make the list.  This “Left Leg of the Forbidden One” from Legend of Blue Eyes White Dragon sold for $449 on eBay in October 2017.  Are there more pieces of Exodia to come in the Top 25?  Stay tuned!