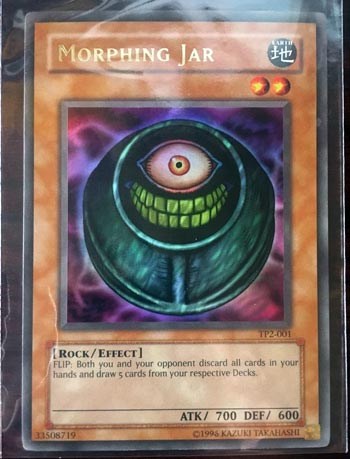 An ungraded copy of a Yugioh card cracked our Top 25?!  In October 2017, this card sold for $585.  The seller listed the card as “Near Mint”.  This is an ultra rare from Tournament Pack 2, which was released in 2002.  There are only 10 graded PSA 10’s in circulation right now according to the PSA Population Report.

I wonder what a graded PSA 10 would actually fetch on eBay?

Some quick notes on our rankings:  These are all cards you could have reasonably collected in the United States.  These are cards that appeared in booster packs, video games, leagues, and/or Starter Sets. Yugioh TCG fans/players could have plausibly obtained these cards through auctions, trades and/or blind luck pulls.  There are no “prize cards” or “error cards” on our list.  All values are based on actual sales of YGO Cards on eBay in 2017.