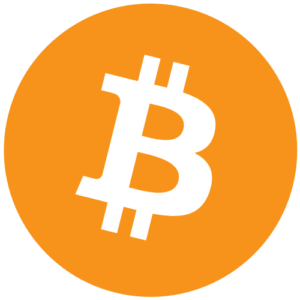 I have observed the Bitcoin and cryptocurrency market in general for years and view it as remarkably stable.  Though, I can definitely understand the viewpoint those who have recently heard of it, have general skepticism toward a new emerging technology and fear it may be a bubble doomed to crash.  Unfortunately, many people (including prominent financial advisors and investors) have a glib understanding of how Bitcoin actually works and criticize the currency based on fallacious reasons.

Myth #1 – Bitcoin is a stock.
It’s not a stock.  It is more of a commodity like gold and silver with utility of a currency.  Yes, Bitcoin has properties of stocks, commodities and currencies all wrapped up into one and macroeconomic textbooks will eventually be including chapters about how these coins work distinct from those industries.  However, it would be a big mistake to assume that what is true for the stock market is automatically true for the Bitcoin.

Myth #2 – Bitcoin is volatile.
Bitcoin goes up and down in a largely predictable pattern; people consistently buy it back when it reaches a low.  The frequent self-correction is important.  A few days ago it dropped by 20%, but it came back today.  Unlike the mortgage industry in the 2000’s, we see strong corrections on a regular basis so that it isn’t over-inflated all at once.

Myth #3 – Bitcoin is like the dot-com bubble.
During the 90’s, many websites came up and then disappeared.  In the cryptocurrency industry, probably 1200 out of the 1300 in existence are junk.  However, smart people stay away from them and focus mainly on coins in the top 25.  Unlike the dot-com era, we are able to see a lot of information about the activity, price and other factors of these currencies whereas with website startups, there were only subjective ways to measure their their value and utility.

Myth #4 – Bitcoin is $__,___.  I can’t afford that.
You don’t have to buy a whole Bitcoin.  You can take $100 and buy a small fraction of a Bitcoin right now.  Much like going to deli and ordering $_ worth of cheese slices rather than the entire block.

Myth #5 – Bitcoin is the only major currency
This is more an error of omission than anything else, but if you go to www.coinmarketcap.com you can see the top 100 currencies and how they rank.  Generally, the top 10 and 20 currencies are stable and lucrative.

Myth #7 – The government (or a hacker) could shut Bitcoin down.
It’s impossible to hack a cryptocurrency.  It’s a While distribution of the Bitcoin can be regulated to an extent, the coin itself cannot be.

Myth #8 – Bitcoin will fail because it has no intrinsic value.
It has as much intrinsic value as any currency.  Bitcoin is as much of thin air as the money in your Paypal account.  Dollars are paper and diamonds are rocks, but the form of which a currency exists does not determine its value.  Gold, for example, is justified for having industrial use, but let’s be completely honest: 99% of consumers that buy gold are not buying it to make bracelets and wiring (nor would this fact console them if it did crash).  They are buying it because it is scarce and people trust it (much like the dollar).

Myth #9 – Bitcoin’s price is way too high to be sustainable at $__,___ per coin.
People have said this when it was at $1000, $5000, $10000 and now $50000.  But the denominations of currency is completely arbitrary and are not the same as its value.  These are basically units.  A US dollar is worth 100 Japanese yen but that doesn’t inherently mean the U.S. dollar is overpriced; it just means that one currency has larger units than the other.  Market cap, and to some degree, market penetration are better estimates.

This does not constitute professional investing advice or a consulting relationship of any kind.  Pojo.com does not assume responsibility for your outcomes, gains or losses.  Please act at your own discretion.