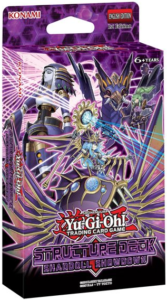 Want all of your Shaddoll and Shaddoll accessories? Hello Pojo Readers, Crunch$G back here to tell you what you should know about the latest Structure Deck, Shaddoll Showdown. This was a Structure Deck voted on by the OCG players, and I’m sure some TCG players as well, for what archetype got support and the favorite was Shaddoll, so here we are with a whole Structure Deck to reprint the archetype and give it some new support. As many might already know, Shaddoll is a Fusion-based strategy that is based on using the archetype’s monsters, which are mostly FLIP monsters, and monsters with different Attributes for Fusions, and this Structure Deck doesn’t change that, but supports it, so let’s see what we got. 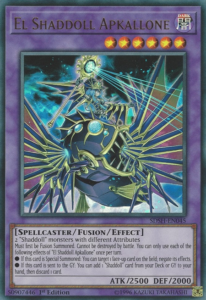 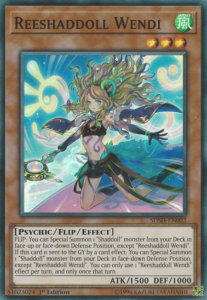 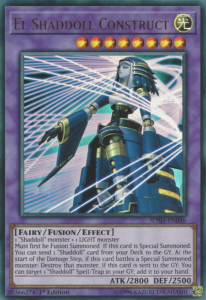 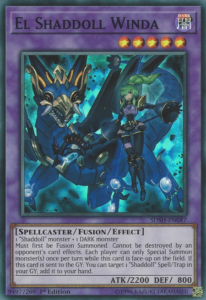 Grysta, Wendigo, Anoyatyllis, Shekhinaga, and Shaddoll Construct. There’s also some good stuff beyond Shaddolls. You got a reprint for Black Luster Soldier – Envoy of the Beginning for a boss monster, alongside Dark Armed Dragon. Lava Golem is a good spot removal card to have in here. You got some good Shaddoll options like Performage Trick Clown, Armageddon Knight, Kuribandit, and Mathematician. Other cards to be Fusion Materials like Felis, Lightsworn Archer and Peropero Cerperus. You got great Fusion cards like Super Polymerization and Instant Fusion. You also got Allure of Darkness and Foolish Burial to synergize well with Shaddolls. Pot of Avarice is good since it was just unbanned. Living Fossil is a useful reprint. Twin Twisters is always good to have. You finally have some good Traps like Lost Wind and Unending Nightmare.

You do got some pretty solid Shaddoll cards like Wendi and Apkallone to add to the Shaddoll strategy. You especially have some great reprints in here as well. I don’t think this Deck will make pure Shaddolls meta on its own, but it does make splashing in Shaddolls into other Decks more viable. It’s fairly good support with room for more since we didn’t get a Shaddoll monster for every Attribute in the Main Deck. It’s an excellent Structure Deck to pick up. Also, don’t worry you Sacred Beast fans, because it seems you’ll get that Structure Deck anyways. 😉