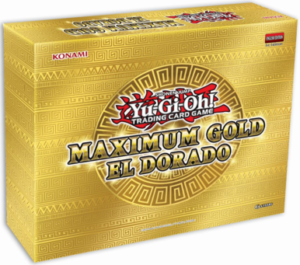 It’s that time of the year to swim in gold once again. Hello Pojo Readers, Crunch$G here to tell you about the second installment in the Maximum Gold series, El Dorado. The sequel has everything we loved from last year’s Maximum Gold with some new goodies as well. We get even more alternate arts this year, more great reprints, and we even got some new cards for Number Hunters. Last year was a massive success and looking at the list of this year’s Maximum Gold, I can see this being a success already. Let’s analyze the set and see what gold we can dig for. First up, let’s mention the new Numeron support imported in this set. After getting the first Numeron cards last year in Battles of Legend, we finally have the boss monsters from the anime, including the game’s first Rank 13 to be printed. Number C1000: Numerounius is a Rank 12 LIGHT Fiend that needs 5 Level 12s to naturally summon, has a once per turn Quick Effect to detach a material and destroy another monster on the field, destroys all other monsters on the field at the end of the Battle Phase and then revives an opponent’s monster to your field in Defense Position, and upon destruction by an opponent’s card effect and going to grave while it has Xyz Material, you can summon Number iC1000: Numerounius Numerounia from the Extra Deck and attach this card as material. Number iC1000: Numerounius Numerounia is a Rank 13 LIGHT Fiend that needs 5 Level 13s to naturally summon, gains 100,000 ATK and DEF if Special Summoned by the effect of Number C1000: Numerounius and also gains the effects at the start of the next turn after it was Special Summoned where monsters your opponent controls must attack it if able and if this card doesn’t battle at the end of the opponent’s turn, you win the Duel, plus it has an effect when an opponent’s monster declares an attack to detach a material to negate the attack and gain LP equal to that monster’s ATK. Numeron Chaos Ritual is a Normal Spell that if a face-up Number C1: Numeron Chaos Gate Sunya was destroyed by a monster effect that turn, you can target 1 of your Numeron Networks and 4 of your Number Xyzs that are banished or in your graveyard to Special Summon a Number C1000: Numerounius with 10,000 ATK and 1000 DEF and attach all 5 targets to that monster as material, also you can only Normal/Special Summon once for the rest of this turn. Finally, Numeron Storm is a Normal Spell where if you control a Numerounius monster, you can destroy all your opponent’s Spells and Traps as well as inflicting 1000 damage to them. 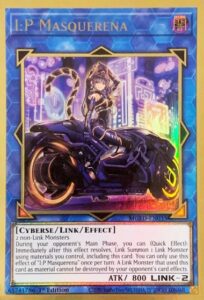 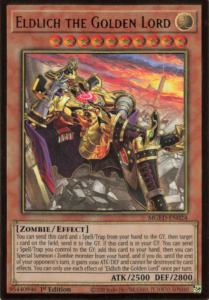 We got to the alternate arts, now let’s see the other Premium Gold Rares. To go with the Red-Eyes Black Dragon, we get the LOB artworks for Blue-Eyes White Dragon and Dark Magician both printed in here. Elemental HERO Neos also gets a reprint in here in the Premium Gold rarity to give the card another nice version. Exodia the Forbidden One gets another gold print with the new version of the rarity. Rescue Cat is one of the Premium Gold Rares to get their original art also reprinted. Fossil Dyna Pachycephalo gets a foil reprint as a nice anti-meta card. Red-Eyes Darkness Metal Dragon is reprinted with its original artwork, and the alternate artwork finally having a foil print. Scrap Chimera is reprinted since it was highly needed after the release of Scrap Raptor. Tempest, Dragon Ruler of Storms gets the Premium Gold rarity so hopefully the other Dragon Rulers get printed in the future in this rarity if they ever come back. PSY-Framegear Gamma gets the reprint since it was starting to go back up in value once again. Ultimate Conductor Tyranno and Souleating Oviraptor are printed in gold to give the rarity to some Dino fans alongside printing the cards outside the Structure Deck. We get some Weather Painter reprints with The Weather Painter Snow and The Weather Painter Rainbow. Sky Striker Ace – Raye and Sky Striker Ace – Roze are both in here in the rarity so they match. Danger! Bigfoot! is also reprinted in its original art alongside Danger! Nessie! Rokket Tracer is reprinted to give Dragon players some gold. Chamber Dragonmaid gets a highly needed reprint for Dragonmaids. Ghost Mourner & Moonlit Chill is another card also reprinted in its original art. Invoked Mechaba and Invocation get yet another much needed reprint since they were gaining a ton of value. Black Rose Dragon is printed in her original artwork. Trishula, Dragon of the Ice Barrier is printed in gold to give the rarity to a classic Synchro. Evolzar Laggia and Evolzar Dolkka both get the matching rarity. Primathmech Alembertian gets a needed reprint in the gold rarity. Knightmare Unicorn and I:P Masquerena both are printed in their original artworks. Predaplant Verte Anaconda is reprinted to give the key card for a Dragoon/Destroyer Phoenix Enforcer package another way to be accessed. Accesscode Talker gets the reprint in here since it missed the tins. Raigeki is reprinted in the rarity as a classic, powerful Spell. Book of Moon is another classic Spell reprinted in the gold rarity. We get a reprint for Magical Dimension to go with its searcher coming soon. Gold Sarcophagus gets the new Gold Rare treatment as it’s a “gold” card. Fire Formation – Tenki gets a reprint to try and prevent it from holding too much value even for commons. Twin Twisters is reprinted in Gold for another good backrow removal card in the rarity. Prank-Kids Place is reprinted for Prank-Kids players finally. Pot of Extravagance gets another reprint to help cool its value down a little. Mystic Mine is reprinted since it’s one of the strongest Field Spells in the game. We get some other Eldlich related reprinted with Cursed Eldland, Eldlixir of Black Awakening, and Conquistador of the Golden Land in the Gold rarity. Torrential Tribute gets a much needed reprint after its rise in popularity. Finally, we get a Starlight Road reprint to go with the recent Stardust Dragon support. 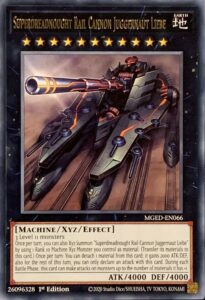 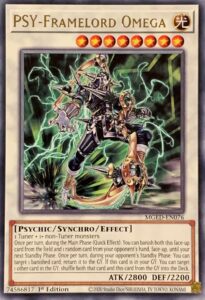 This is a great followup to the original Maximum Gold. We get some new cards this year, something that was missing last year. The alternate arts this year look far better than the ones we got last year. There’s some very big reprints with cards like Accesscode Talker and Predaplant Verte Anaconda. There’s some good collectability and reprints for classic meta cards. The Gold-letter Rares make for some good filler and offer up nice reprints. there’s just a ton of good cards in here with only a few letdowns.