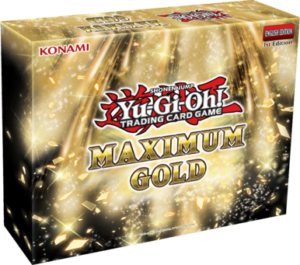 We are going to be digging for gold today! Hello Pojo Readers, Crunch$G here back with sort of a “What You Should Know” but not really. I expected there to be new cards in this set when first announced, but that didn’t come to be and instead we got a 162 card set full of reprints, 52 of which being Gold Rare and 110 being just Gold-lettered Rare. Today I just wanted to let you all know about the reprints in this set and the new alternate arts we got alongside the new rarity and see how much value this set holds in the short and long term. We got a bunch of cards to mention, so let’s get started. 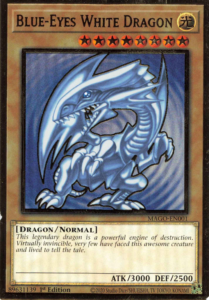 Now you might be used to the Gold Rares from Gold Series how they were pure gold and later on in Premium Gold you got more of a sparkle on them, mainly with the names, and the gold was much heavier and you had the Gold Secret Rares being super sparkly. They all had their followings, but also had some people that weren’t fans. This new Gold Rare upgrades the previous two by giving a raised gold effect almost in a 3D like way to really make the artwork on the cards really pop. You got raised borders, raised Attribute and Level foiling, and raised outlines on the card artwork itself. It’s really well detailed and it could likely be a fan favorite rarity in later years, and highly desirable for some cards in this version, even more if this is the only time we ever get this gold. We also got the return of Rares, this time with gold foiling on the name instead of the regular silver. They’re basically Ultra Rares without the foil on the Attribute, Level, and card artwork. 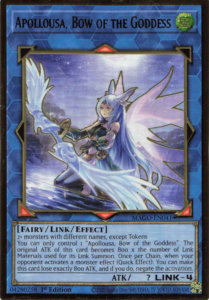 Now we get to all the alternate artworks in the set, new and old. First off we got a bunch of cards returning with their alternate art as all the cards mentioned have their original and alternate arts. Tour Guide From the Underworld, Chaos Dragon Levianeer, Cyber Dragon Infinity, and Sky Striker Ace – Kagari return from Duel Overload here with their original arts and alternate artworks in Gold. You also got Duel Devastator reprints of Ghost Ogre & Snow Rabbit, Ghost Reaper & Winter Cherries, Ash Blossom & Joyous Spring, Ghost Belle & Haunted Mansion, and Ghost Sister & Spooky Dogwood getting the gold reprints in their original and alternate artworks. As for the new artworks, we got 6 new alternate arts of cards that only come in their alternate art form in this set and they are Apollousa, Bow of the Goddess, Elemental HERO Stratos, Droll & Lock Bird, Fantastical Dragon Phantazmay, Aleister the Invoker, and Borrelsword Dragon. Apollousa probably has the best alternate artwork in the set and now is probably one of the best arts in the game, Stratos has a little bit of a charm with the alternate art, Phantazmay and Droll & Lock are pretty cool overall, Aleister the Invoker shows off more detail of the card, and Borrelsword Dragon looks kinda weird in a charming way. 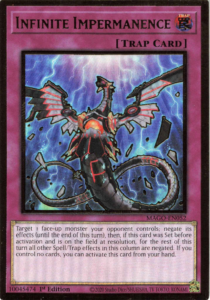 Now we got the new alternate arts, Duel Overload, and Duel Devastator reprints out of the way, we can get to the other Gold Rares in the set. Collectors have something to look forward to with reprints of classic cards like Blue-Eyes White Dragon, Dark Magician, Red-Eyes Black Dragon, and Gaia the Dragon Champion. You got several support cards for many Decks in Gold like Infernity Mirage, Kozmo Dark Destroyer, Miscellaneousaurus, Eldlich the Golden Lord, and Kozmotown. A few other handtraps get reprints in this set as well like Artifact Lancea and Nibiru, the Primal Being. You got Dragonmaids in here with Nurse, Laundry, Kitchen, Parlor, and House all being in this set. You get a needed reprint for a card like Anti-Magic Arrows or some meta- 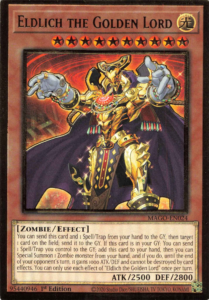 relevant cards like Elder Entity N’tss and Martial Metal Marcher. Classic Fusion Spells get reprinted in this new rarity with Polymerization and Super Polymerization both getting reprinted. Reinforcements of the Army is in here for Warrior users. You got several staple cards like Harpie’s Feather Duster, Monster Reborn, Forbidden Chalice, Solemn Judgment, and Infinite Impermanence. Rank-Up-Magic The Seventh One is reprinted for fans of the card. Finally you got some Extra Deck reprints for archetypal cards like Dark Rebellion Xyz Dragon, Beatrice, Lady of the Eternal, Zoodiac Drident, Zoodiac Chakanine, and The Phantom Knights of Rusty Bardiche as well as cards used more generically like Herald of the Arc Light, Stardust Charge Warrior, Constellar Pleiades, and Number S39: Utopia the Lightning. 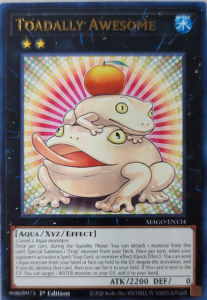 If you thought 52 Gold Rares were a lot, get ready cause we now got the 110 Gold-letter Rares to go through. First you see all the Foolish Burial cards in here with the original Foolish Burial, Foolish Burial Goods, and Extra-Foolish Burial. You have Mecha Phantom Beast Blue Impala, Mecha Phantom Beast Coltwing, Mecha Phantom Beast Jaculuslan, and Mecha Phantom Beast Dracossack for the MPB players. Madolche players get reprints for Madolche Hootcake, Madolche Chateau, and Madolche Nights. Fire Fist players get reprints for Brotherhood of the Fire Fist – Buffalo and Coyote as well as Fire Formation – Gyokkou, Coach Soldier Wolfbark, and to a lesser extent Circle of the Fire Kings. The set is rich with other Number monsters like Number 15: Gimmick Puppet Giant Grinder, Number 39: Utopia Beyond, Number 74: Master of Blades, Number 87: Queen of the Night, Number 101: Silent Honor ARK, Number C101: Silent Honor DARK, Number 107: Galaxy-Eyes Tachyon Dragon, and Number C107: Neo Galaxy-Eyes Tachyon Dragon. Traptrix players get useful cards like Traptrix Myrmeleo, Traptrix Dionaea, and Traptrix Mantis. You get to go on the adventures with Sangan with reprints of Mistake, Tour Bus To Forbidden Realms, Shared Ride, Mistaken Arrest, and Mistaken Accusation, but no Sangan himself. Noble Knights get reprints for Noble Knight Drystan, Noble Knight Pellinore, Noble Knight Brothers, Noble Knight Eachtar, and Noble Knights of the Round Table. Some Gravekeeper’s related cards are in here like Hidden Temples of the Necrovalley, Necrovalley Throne, and Imperial Tombs of the Necrovalley. Monarch players get reprints of key Spells and Traps like Domain of the True Monarchs, The First Monarch, The Monarchs Erupt, and The Prime Monarch. Some of the Synchron Structure Deck cards are in here like Synchron Carrier and Starlight Junktion. We got two Mirror Forces with Storming Mirror Force and Drowning Mirror Force. Some Speedroids make their way in here with Speedroid Taketomborg and Speedroid Red-Eyed Dice. Some Buster Blader reprints are in here with Buster Blader, the Destruction Swordsman and Buster Blader, the Dragon Destroyer Swordsman. For DARK users you got a reprint for Caligo Claw Crow. Union Hangar and Union Scramble are in here for ABC users. You got key Darklord cards reprinted like Darklord Morningstar, Darklord Ixchel, Darklord Nasten, Darklord Contact, and Darklord Rebellion. D.D. Warrior Lady makes her way in here for a classic card from old formats. You got all six Barrier Statues in here with Abyss, Torrent, Inferno, Stormwinds, Drought, and Heavens. You get two reprints of cards from older Structure Decks like Scrap Recycler, Grapha, Dragon Lord of Dark World, and Cyber Dragon Core. Planet Pathfinder, Terraforming, Set Rotation, and Metaverse are all here for your Field Spell needs. Gogogo Gigas is reprinted as a key card for Gogogo variants of Adamancipator. Silent Angler is a good reprint for anything WATER related. Wightprince is here since it’s a hard to get Skull Servant card. The White Stone of Ancients is good for Blue-Eyes players. Eater of Millions is a good reprint for a good card in general. You got some Cyberse cards like Flame Bufferlo, Lady Debug, Linkuriboh, and Transcode Talker. Condemned Witch is here for your Forbidden Quick-Play Spell needs. You got several Xyz Monsters like Superdimensional Robot Galaxy Destroyer, Gear Gigant X, Harpie’s Pet Phantasmal Dragon, Skypalace Gangaridai, and Toadally Awesome. A nice reprint of Mekk-Knight of the Morning Star for Mekk-Knight users. Mind Control is a good staple reprint. Mage Power is a classic Equip Spell to go with the blue Secret Rare United We Stand that Konami gave out as a prize in a giveaway recently. Dragon’s Mirror is here for Dragon Fusion needs. You got draw cards like Trade-In and Sacred Sword of Seven Stars. Preparation of Rites is a good reprint for Ritual users with Draitron coming up. Tuning is a solid reprint for Synchrons. Temple of the Six was a needed reprint for Six Samurai. Night Beam is overall a solid card to reprint. Miracle Contact is good for Neos users. Unexpected Dai was needing a reprint for the combos it allowed. Magical Meltdown is great to have reprinted to go with the alternate art Aleister. Lost World is here for Dinosaur players. Hey, Trunade! is a nice little reprint to have. Called by the Grave is still a great reprint, even after the limit. Dimensional Prison is a cool classic battle trap from back in the day. Lose 1 Turn and There Can Be Only One are fine reprints of good floodgates. Tachyon Transmigration goes well with Number 107 reprints. Finally, you got a useful Trickstar reprint with Trickstar Reincarnation.

The 52 Gold Rares in this set are all great cards to pull I’d say, even if I would of still swapped some of them out for some of the Gold-lettered Rares in the set. The Gold-lettered Rares are certainly where you see filler, but there are still good ones in the set and they’re likely not what you’re buying this set for. The alternate arts are all approved by me with Apollousa easily getting an artwork upgrade while the others overall are just fine. You easily got a few good collectibles in the Gold Rare slot like the DM era trio and Gaia the Dragon Champion. It’s a good set to debut the new rarity and they mostly picked good cards to be the TCG’s first Gold Rares in this new style. It isn’t perfect, no imports is kind of a downer, but it’s still a very good set for value and has a lot of stuff for many different players.