I mean, I guess it’s the Master Rule 5 before the actual Master Rule 5. Hello Pojo Readers, Crunch$G here to talk about a massive update to the TCG card game coming up in April 2020. Now, back when Link Monsters were introduced, we could only summon any sort of Extra Deck monster to either an Extra Monster Zone or a Main Monster Zone that was pointed to by a Link Monster, but that rule will change for Synchros, Xyzs, and Fusions come April 1st, 2020 as they can now be summoned to either the Extra Monster Zone or the Main Monster Zone freely, while Pendulums and Links will remain the same. I wanted to come here today to talk about the future of the three mechanics directly affected (Fusions, Synchros, and Xyzs) and then talk about Pendulums and Links separately to give my general opinion on this rule change, so I’ll start with the biggest elephant in the room. 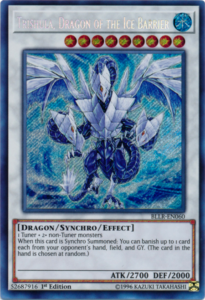 First off, it’s great for these mechanics to be able to be unleashed at full force once again. Master Rule 4 being introduced neutered so many different Decks that relied on these strategies and made some of the best cards for each strategy nearly useless like Ultimaya Tzolkin and Bahamut Shark. This required so many archetypes to get a Link Monster just so they could play the game again, and I guess Konami got tired to trying to make Link Monsters for every affected archetype. Now you can spam your Synchros in Blackwings, Xyz Summon to your heart’s content with Raidraptors, or Fusion Summon using as many Polymerizations as possible with Fluffals again. You can still mix the strategies as well, so the TCG can once again play 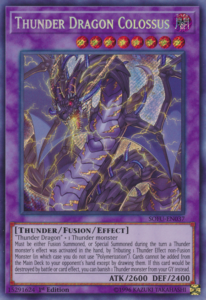 with full power D/D/D. Now, after Links came around, we did get more cards that might be less balanced with us being able to use the Main Monster Zones for Fusions, Synchros, and Xyzs. We now have Trishula and Hyper Librarian at 3 each, which could make Synchro Decks extremely fast and dangerous, and don’t get me started on Junk Speeder now being a thing. Thunder Dragons no longer need the Extra Monster Zone since they can just spit out Colossus and Titans to the Main Monster Zone with no struggle whatsoever. Also with Xyzs, we get everyone’s beloved Rank 4 Spam once again back to the meta. I imagine there will be some hits to reverse the damage that could be done with this, like Trish and Hyper Librarian going to 1 each and Thunder Dragons getting hit to some extent. Maybe Junk Speeder will prove to be a problem as well and we’ll need to ban that. Once we get the kinks out of the system with this rule change and get rid of the Decks that are going to be way too explosive, this will be a perfectly fine change to the game to have back. 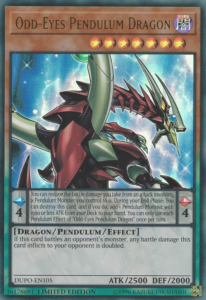 Now in theory, Pendulums aren’t really affected by this rule too much. They still have to be Pendulum Summoned from the Extra Deck to the EMZ or a MMZ that a Link Monster points to, meaning we can’t use Pendulums to full power like we could in Master Rule 3, and that’s perfectly fine considering how powerful the Pendulum Mechanic can be if unleashed like that. Maybe one day we can get back to that point where Pendulums are like the other three, but it’s too dangerous now as the game isn’t ready for something like that. With all that said, there is an indirect buff to Pendulums as now they no longer have to compete with the other Extra Deck Mechanics as much to be summoned. You can summon any Synchro, any Xyz, or any Fusion to any zone on your field, meaning you can use your EMZ or the zones that Link Monsters point to for your Pendulum Summon, meaning the Pendulum Summon is much better now that things are less limiting. It’s a fair buff for this mechanic, they didn’t need more buffs than this being a very strong mechanic on paper. 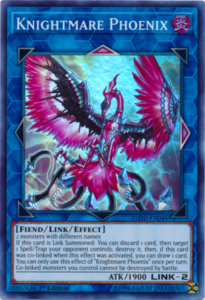 Now for the mechanic that changed everything before April 2020 when it came to our Extra Deck Mechanics. Links were seen as a necessity in many Decks for them to be able to play, lowering the ceiling of many Decks that came before the Master Rule. Now with them being able to not need Links, where do Link Monsters stand? Well, for the most part the Link Mechanic is far from dead. It is still the most generic summoning mechanic we’ve ever seen and there are so many generically powerful Link Monsters that I doubt that people would just suddenly stop playing them. Borrelsword, Borreload, the Knightmares, Apollousa, and Saryuja Skull Dread are all good Link Monsters still. Pendulums will still consider Electrumite a staple, and Halqifibrax will still be a powerhouse in the TCG. The only difference is that now Link Monsters that were just played for their Link Arrows are no longer necessary, meaning you are less likely to see the attribute-related Links, Beat Cop, and many other Links that were used just for the arrows going forward in favor of Synchros, Xyzs, Fusions, and Link Monsters that actually help you with your Deck strategy or just as good generic options. Also Link Spam Decks are still going to be a thing, it’s just nice that Extra Linking won’t be as devastating anymore.

It’ll feel nice to see these Decks be able to perform at full power again, and even better now that they basically have 6 monster zones to work with instead of 5 now. There will probably be some problems due to the F/L List letting cards loose due to Master Rule 4 and Thunder Dragons getting buffed by this rule, but I imagine any problems this rule change would bring will end up being addressed in due time. I think it’s fair for the other mechanics to be able to be spammed out since we were basically doing that with Link Monsters now. This is a great change that I feel would make the game better going forward, though I still hope Konami still supports the archetypes they didn’t give Link Monsters to.