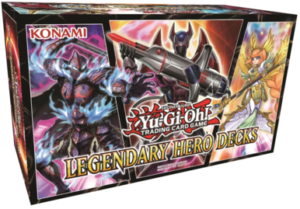 Who needs one deck when you can get three? Hello Pojo Readers, Crunch$G here back with more information you should know about a new Yu-Gi-Oh product. This time around is on the annual set of three decks we get in one product, this years being themed around Legendary Heroes. Its official release in the states is October 12th, but some YouTubers have received this product early and it seems it has already been released in the UK early, so I thought I’d get this done now. In this product there is a deck for Destiny HEROs, Nordics, and Phantom Knights and I’m going to tell you about all the new cards and noteworthy reprints in each decks, and just like the Legendary Dragon Decks last year, it seems this year’s decks have a ton of value inside. 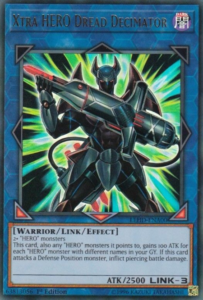 First off I’ll talk about the Destiny HERO deck, and while every deck in here did get a new Link Monster, this one got two new Links while the others got only one, but one was an OCG Import so I understand. The first new Link Monster is Xtra HERO Dread Decimator, which is a Link-3 with three arrows pointing to the bottom and it along with HEROs it points to gains 100 ATK for each HERO with a different name in the GY and it has piercing, it honestly seems like one of those original Elemental HERO Fusions with such a simple, yet lackluster effect, but I guess the arrows pointing down was the main point of this card. The other Link is Xtra HERO 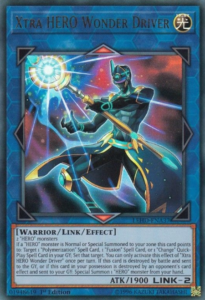 Wonder Driver, which is a Link-2 that sets one of your Polymerization, Fusion, or Change Spells when a HERO is summoned to a zone it points to as well as summoning a HERO from your hand when it is destroyed, so it seems this card has more utility in HERO decks somewhat. As for the reprints, this deck comes with two copies of Destiny HERO – Malicious, one of which being an Ultra Rare. Disk Commander also gets its official errata printed in here. Destiny HERO – Celestial and Drilldark both get reprints for their first time since originally coming out in Destiny Soldiers, and you get two Drilldark. Elemental HEROs Shadow Mist and Blazeman both also get their first reprints ever. There are two copies of Destiny Draw in here, one of which being Ultra Rare. You get two Mask Changes in this deck. There is a Monster Reborn reprint in here. Two copies of Terraforming to basically represent its newly Semi-Limited status. Masked HERO Dark Law and Masked HERO Anki are also in here for your Mask Change needs. Overall, a decent deck with decent reprints. 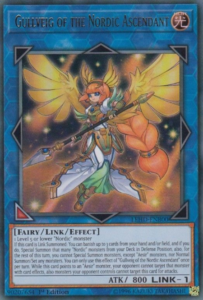 Next up is the Nordic deck, which is the first time Nordics get support since Mira came out in Extreme Victory I believe. Their new Link Monster is the Link-1 Gullveig of the Nordic Ascendant, who lets you banish up to 3 cards from your hand or field to summon that many number of Nordic monsters from your deck but you can only summon Aesir monsters for the remainder of the turn, but while Gullveig points to an Aesir monster, your opponent cannot target said Aesir for card effects nor target Gullveig for attacks. As for reprints in this set, the most noteworthy reprint is the Ascension Sky 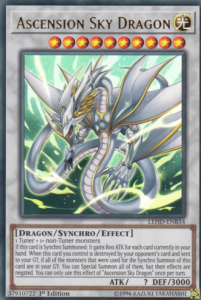 Dragon, which was a prize card for the 2014-2015 YCS Season. You get two copies of Tanngrisnir and Tanngnjostr of the Nordic Beasts, and one of the Tanngrisnirs is Ultra Rare. Valkyrie and Vanadis of the Nordic Ascendant are both in here. Forbidden Lance, Chalice, and Dress are in here as a set. Monster Reborn makes a second appearance in this deck. Dark Hole is given an Ultra Rare slot in this deck. Soul Charge has another reprint, which is always good. Hey, Trunade! also gets a reprint outside being a Secret Rare now. Gleipnir, the Fetters of Fenrir is in here as a two of. You can’t have a Nordic deck without Thor, Loki, and Odin. Leo, the Keeper of the Sacred Tree is finally printed outside its original set and an Astral Pack. Beelzeus and Beelze are both in here as commons to make Beelze more budget friendly and give players outside North America Beelzeus. Scrap Dragon is reprinted for the first time since the tins in 2012, and Coral Dragon gets its first reprint as an Ultra Rare. 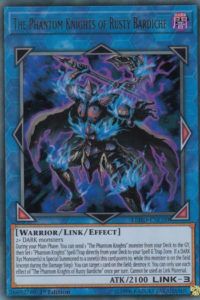 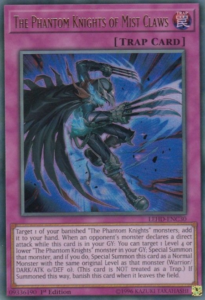 The Phantom Knights main deck monsters: Ancient Cloak, Ragged Gloves, Silent Boots, Cloven Helm, and Fragile Armor. You get one copy of Armageddon Knight, Blue Mountain Butterspy, Rescue Ferret, Junk Forward, Kagemucha Knight, and Cockadoodledoo (some of which are rising in popularity, others are nice to have). There is a copy of Effect Veiler in here, which is never a bad reprint. The Phantom Knights’ Rank-Up-Magic Launch is reprinted with two copies in this deck. Dark Hole also makes an appearance in this deck, this time as common. Monster Reborn is in this product for the third time, one in each deck. Foolish Burial and Reinforcement of the Army are never bad to have. Twin Twisters is an Ultra Rare in this deck. Phantom Knights’ Fog Blade is in here, though would of been nice to have two of but I assume many will get multiples of this product or just get one and get singles of the rest, so it’ll be easy/cheap to get. The Phantom Knights of Shade Brigandine is also reprinted in here for the first time since being a Gold Secret Rare in the last Premium Gold we got over two years ago. Dark Rebellion and Dark Requiem are both in here as commons. Evilswarm Nightmare is a good reprint. The Phantom Knights of Break Sword is an Ultra Rare while The Phantom Knights of Cursed Javelin is a common. Number 86 gets its first reprint since being originally released in World Superstars over three years ago. Leviair the Sea Dragon and Dante, Traveler of the Burning Abyss are also reprinted in here as commons to be more budget friendly.

This product is a great mix of new cards and reprints, just like the Legendary Dragon Decks last year. The only thing that stands out in the reprint department really is the lack of a reprint for Vision HERO Vyon or Elemental HERO Stratos, but other than that the reprints are near perfect, though those Dark Holes would of been nice if they were Raigekis instead. Despite all that, there is still amazing value in these decks, and the new cards are useful as HEROs get more tools, Nordics feel more playable now since the Aesir monsters are now easier to summon, and The Phantom Knights get a bit of a revival in the competitive scene. I say get at least one of these decks and either buy a single deck of the one you want the most or buy singles of the rest of the cards you really want, but the value these offer is amazing, and a lot of stuff in here will be nice to have on hand if you ever take interest in any of the decks or any of the cards are useful in other decks. Just like the Legendary Dragon Decks last year, this is a great product and I look forward to more in the future.