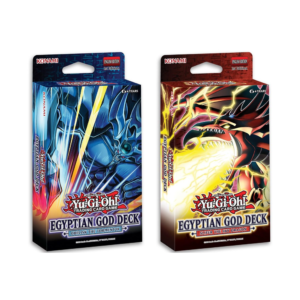 The Gods have risen again. Hello Pojo Readers, Crunch$G here to tell you about the newest “Structure Decks” to release to the TCG. Considering these are TCG exclusive, these might actually be intended to be what they replaced the Starter Decks with, meaning no Speed Duels this year. Instead, we had to get some way to bring the cards from OCG’s Prismatic God Box over here, because we can’t get a product that nice. With that said, at least this product gave an excuse to throw in a few more imports from last year’s OCG Premium Pack. Anyways, these Decks are made to supplement the God Cards to help summon them and pull off a strategy behind him. How good it is will be up for debate with these Decks, but you get the cards to make your own strategy instead. Anyways, let’s look at all the cards in the Decks and see how good they both are.

Wrath of the Gods 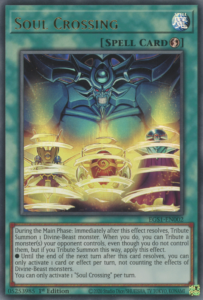 Of course we look at the new cards these Decks give to power up our Egyptian Gods. Between both Decks, only one new card remains in common. Soul Crossing is a Quick-Play Spell that during the Main Phase, immediately after the card resolves, you Tribute Summon a Divine-Beast monster and you’re able to tribute the opponent’s monsters to summon them, but if you do, you can only activate one card or effect for the rest of the turn, not including the effects of Divine-Beast monsters. 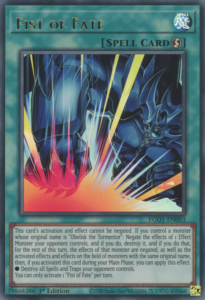 Now we look at the cards exclusive to the Obelisk the Tormentor Deck. Fist of Fate is a Quick-Play Spell whose activation and effect cannot be negated and if you control a monster whose original name is Obelisk the Tormentor, you can negate the effects of one Effect Monster the opponent controls, and the effects of monsters with the same name as the selected monster are also negated, then if you applied this effect during your Main Phase, you can destroy all Spells and Traps the opponent controls. Divine Evolution is another Normal Spell whose activation and effect cannot be negated and it targets one of your Divine-Beast monsters, The Wicked Dreadroot, The Wicked Eraser, or The Wicked Avatar 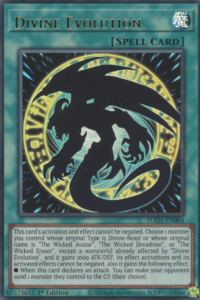 that isn’t already affected by Divine Evolution and it gains 1000 ATK, the activation of its effects cannot be negated, and it gains the effect where if it declares an attack, you can make the opponent send a monster of their choice to the graveyard. Level Resist Wall is a Normal Trap that if a monster(s) you control is destroyed by battle or opponent’s card effect, you can target one of those destroyed monsters to summon monsters from the Deck in Defense Position with combined Levels equal to the targeted monster, but their effects are negated. Finally, Angel 01 is a Level 1 LIGHT Fairy who can be Special Summoned from the hand by revealing a Level 7 or higher monster in your hand, and while you control this monster you can Normal Summon a Level 7 or higher monster in Attack Position in addition to your Normal Summon or Set. 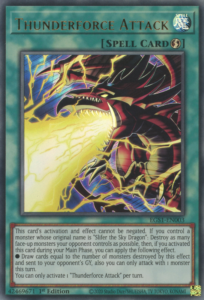 And of course we look at the cards exclusive to Slifer’s Deck. Thunderforce Attack is a Quick-Play Spell whose activation and effects cannot be negated and if you control a monster whose original name is Slifer the Sky Dragon, you can destroy as many face-up monsters the opponent controls as possible, then if you activated this during your Main Phase, you can draw cards equal to the number of monsters destroyed, but you can only attack with one monster for the rest of the turn. Ultimate Divine-Beast is a Continuous Trap where if the opponent’s monster declares an attack, you can discard a Spell/Trap to target and Special Summon a Divine-Beast monster from your graveyard in Defense Position, then change the attack target to that monster, and during the End 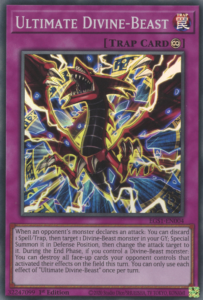 Phase of a turn you control a Divine-Beast monster, you can destroy all face-up cards the opponent controls that activated their effects this turn. Millennium Seeker is a Level 4 DARK Spellcaster who can be Special Summoned from the hand if you take 1000 or more damage and can target a monster that doesn’t have ? ATK in the opponent’s graveyard and makes the opponent pick a monster from their Deck that doesn’t have ? ATK, if they choose not to or the targeted monster in grave has higher ATK than the selected monster in Deck, you can Special Summon the monster from the opponent’s graveyard while the opponent’s chosen monster returns to the Deck, otherwise the monster the opponent chose is added to their hand. Finally, Tellus the Little Angel is a Level 3 LIGHT Fairy who if sent from the Monster Zone to the graveyard lets you Special Summon a Tellus Wing Token (Fairy/LIGHT/Level 1/ATK 0/DEF 0), and while you control a Tellus Wing Token, you can banish this card from the grave and a Spell in your hand to summon 2 more Tellus Wing Tokens, but you can only Special Summon from the hand for the rest of the turn. 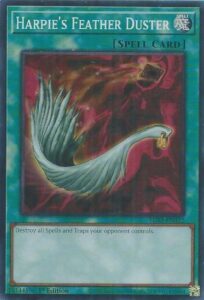 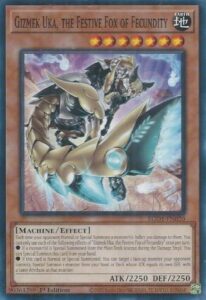 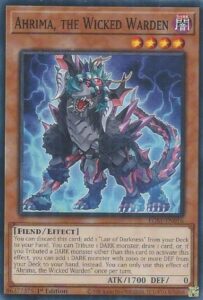 Overall, these do feel like the Starter Decks of old, just with a different branding. You do have some nice reprints at least, Harpie’s Feather Duster being a big one. The new cards are super cool to finally give Slifer and Obelisk some proper support to make a pure Deck around each. Everything in here just feels like a random mess to try and make something work, however. It looks not too coherent and not much synergy besides trying to summon the Gods by providing the three tributes. Overall, these are kind of cool, but it was going to be hard to make something more synergetic out of a theme that doesn’t have enough support cards unless you were going to print a ton more new cards, but I guess that’s what King’s Court and the 2021 Tins are going to help do.

Yu-Gi-Oh Brothers of Legend – What You Should Know