I’m not out to proselytize anyone.  I’m just here to give an objective-minded comparison from someone who has owned both consoles and gaming PC’s.  The classic debate goes something like this. 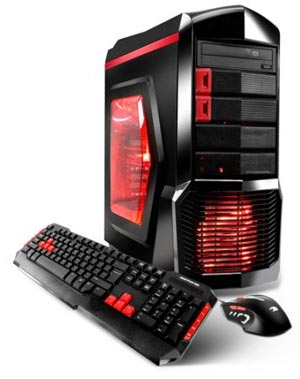 People are different, of course.  A portion of gamers who game on console only don’t understand much about computers.  But the nerds (I use the term endearingly) don’t understand that a lot of people simply don’t care enough about computers to invest more of their time and immediate money into improved performance.  Nerds will say “well, all you need to do is X”.  Of course, that’s true, but there’s 100 different little X’s to do when it comes to a PC, and while none of them are hard, all of them require domain knowledge and time that some people would rather not spend.  Perhaps for the same reason, I wouldn’t spend more than 2 hours shopping for a refrigerator (much less try to build one myself or customizing one).  All I care is that a refrigerator keeps my food cold.  Some people like to customize their home, some their car; everyone has different hobbies.

I stepped out of my comfort zone earlier this year and learned a lot about how to build a gaming PC (and I built one).  I wanted to do this because I was tired of having a good machines next to my television and I had wanted one great machine.  It was a fun process because I didn’t rush it too much.  I didn’t have to build.  A prebuilt, of course, saves time, and for that, it may be worth the $100-200 markup for some.  But I was drawn by fascination.  I also considered this process an investment.  For the rest of my life, I’ll know how a computer fundamentally works and all I need to do is update myself with incremental bits of knowledge every year.  When I build a PC again in 6 or 7 years, it’ll be a much simpler and fun process.  Managing and maintaining a PC is not an eternally complicated process; it gets easier once its learned like many other hobbies.

As I became inducted into the PC master race, I got to experience the much acclaimed benefits firsthand.  Is mouse/keyboard really better than a controller?  For competitive online gaming, yes.  For many other games, I still think it’s a matter of personal preference. The improved graphical settings are definitely a plus, but what truly surprised me especially was how 60 frames per second was a much more meaningful improvement over 30 frames that are typical in consoles.  Having more frames per second makes the whole game experience feel more immersive, realistic, faster-paced, energetic and more precise to control.  Going back to 30 frames is difficult now.

For many, the factor is cost.  Are consoles truly cheaper than PC’s?  Yes and no.  Consoles are subsidized.  Buying or building $400 PC that was as good as a PS4 during 2013 was impossible.  Even now, it would be a stretch to build a PC as powerful as a PS4 for $400 (and the PS4 costs less).  However, there is the factor of having to pay $50 a year for online, which adds $250 to the cost of a console (assuming you don’t like the “free” monthly games).  Also, PC parts can be re-used for your next build including the power supply, case, storage and perhaps RAM.  A good PC processor is far better than a console processor.  A Ryzen 3 for example ($100 entry budget-performance CPU), would blaze past the CPU’s in current consoles and probably be equal to or better than the CPU’s during the entire next gen too.  If I wanted to, when the PS5 comes out, all I would need to do is upgrade my build’s video card, and I’d be set for the entire gen.

While one could make a case that PC’s and consoles cost equally on paper, even the most responsible PC builders often get into the hobby side of things and pay extra for custom cooling fans, LED lights, a nice case, a backlit keyboard and so on.  PC gaming is cheaper if upgrades aren’t frequent, but let’s be honest, many of us do upgrade regularly.  In this sense, it would be a lot cheaper to just buy a PS4 (or Xbox One) and call it a day.  However, if you’re the type of person to buy 3 consoles for generation (and even the refreshes), you’re not saving money either.

In my case, I accept that my PC gaming hobby costs a bit more than consoles overall, but I also use my PC for a lot of other things so it’s easier for me to add a video card into my current rig than to buy a new console.

However, those who just want a box that can game (and aren’t too fussy about the specs) may be better off with consoles.  I know a lot of Generation Z people (like my younger brother) grew up just fine with a tablet and a smartphone, and they may not need a desktop.  And that’s perfectly fine.