Here is our current List of the Top 10 Most Expensive & Most Valuable Yu-Gi-Oh! Cards.  This list is based on actual sales on eBay in recent months.

Some quick notes on our rankings:  These are all English cards you could have reasonably collected in the United States. These are cards that appeared in Booster boxes, Booster packs, Leagues, and/or Starter sets.  Some cards might be promos from DVD’s or Video Games.  Yu-Gi-Oh! collectors could have reasonably obtained these cards through auctions, trades and/or blind luck pulls. There are no “prize cards” or “error cards” on our list.  All values are based on actual sales of Yu-Gi-Oh! Cards on eBay in 2020. Most of these cards are Professionally-Graded, Mint cards, which are independently certified on their condition. Here’s an article on Graded Pokemon Cards if you don’t know what Graded Cards are.

This sale took place on November 8, 2020 There is a story that goes with this card.  There are actually two different versions of Dark Paladin in MFC.  It’s a long story that I don’t want to go into right now, but AzulRyu has a great thread on Reddit that has all the cool details.  And he actually used Pojo as a source a couple of times.  Thanks AzulRyu for the great thread!

This card was found inside some copies of the Gameboy game – Dark Duel Stories.  I was always saddened by the fact that my copy of the game came with some other crappy promos way back in March 2002.

This is an ultra rare from Tournament Pack 2, which was released in 2002.  What would a PSA 10 fetch on eBay?  There are only 22 Perfect 10’s on the PSA Population Report.

The head of Exodia is one of the most sought after cards from the early days.  This card sold for $4,500 in October 2020.  The arms and the legs will cost you an arm and leg too!

Yep, this is the 3rd different BEWD to show up on our list.  He’s the Charizard of YuGiOh.  This particular BEWD is from the Kaiba Starter Deck. This one just sold on November 8th, 2020.  And this one is not even the first edition version.  What would a first edition version fetch?  One is listed on eBay right now for $25,000!

This is the secret rare from Magic Ruler, and a very cool card to have in your collection.  This card sold in October 2020 for $3,000.

Okay, I admit it, there is a fairly obvious flaw with this Top 10 List … Right?!  Where the heck are the original Dark Magicians?  A Dark Magician should be on this list somewhere!  There are two Dark Magician’s that could/should be here, IMHO: The 1st Edition card from LOB.  And the 1st Edition one from the Yu-Gi-Oh! Starter Deck.

This PSA 10 card from the Yugi Starter Deck recently sold for $2,300, which seems fair.  There are currently 40 PSA 10’s in the Population Report. 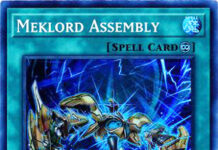 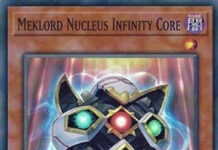 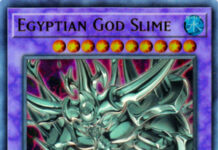