Laptops are an expensive though important investment for many in education, business and entertainment.  This is why picking the right one is important.  I am writing this article on the “do’s” and “don’ts” of choosing a laptop based on experience, observation and understanding of tech.

Price Ranges: Cheap laptops such as Chromebooks and the ~170 Lenovos are good little laptops for basic tasks.  And higher end laptops in the $800-1200 range can be capable all-around.  The most difficult price range for laptops is the mid-range however.  Going middle of the road is best for most products generally, but laptops are different.  Mid-range laptops are not priced high enough to offer many high-quality features.  As a result, mid-range laptops tend to be like the cheap laptops but with a few superior parts (rather than a different computer altogether).

Build Quality: First, I think this is a really important point that is too often neglected.  Many people use their laptop for typing and clicking most of the time.  Having a laptop with a great keyboard makes all the difference and one of the most frustrating aspects of a laptop can be a flimsy trackpad. 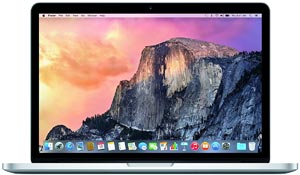 Screen Size: Larger is not always better.  It is true that, all things equal, a 14-15″ screen will provide for a fuller viewing experience than a 12-13″.  However, portability should be considered too.  If you use your laptop mostly in your home and don’t carry it around with you much, a 15″ might work.  But laptops with a smaller screen size such as 13″ is much easier to fit and carry around in a backpack, use at libraries/cafes and such.  W

Resolution: You should consider only buying a laptop with a 1080p resolution or higher, especially if it is a larger screen.  Double-check the resolution before buying.  Otherwise, there is reduced detail and much less room to work with.  Many laptops have only 768 pixels because the manufacturers want to cut costs but this will result in inferior quality in streaming videos, more scrolling to do when viewing websites and not being able to have two programs open at once on the same screen.  While 800 and 900p may seem almost as much as 1080p, 1080p is a substantial jump up from those smaller resolutions.  A 1440p resolution is ideal for added quality for videos and images if you can afford the extra money, but it is not absolutely necessary for improved functionality.  When it comes to price to performance, going higher than 1440p has diminished returns and 2160p (4K) is overkill. 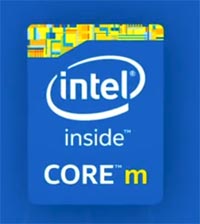 processors are for energy efficiency but are very limited in their speed.  Many users will find them too slow.   HQ processors are the fastest but drain the battery considerably.  “U” processors are the happy medium in between.  Quad-cores are usually stronger than dual-cores (for laptops).  If you’re mostly using web browsers and Microsoft Office, you probably don’t need anything fancy.  If you are doing more intensive tasks like gaming, photoshop, music production/recording or video editing, you should go for a higher end processor.

Storage: How much storage you should get depends on what you are using the computer for.  If you use it to store a lot of music, movies and games, you may want a laptop with at least a 1 TB hard drive.  If you plan on it being your main computer, you may want that high storage capacity too.  Or consider getting an external Hard Drive down the road (2 TB external hard drives are the best bang for your buck at the moment).  However, if the laptop is not going to be your main computer and you’re mostly only using it for browsing and office programs, then go with a laptop with a solid state storage drive (SSD).  SSD’s offer much less storage for the money, but they significantly improve speeds.  For the average laptop user, I would bet they would see more speed with an i3 processor with an SSD than an i7 without an SSD.

Battery Life:  This does depend on where you plan on using your laptop.  If you’re using it mostly at home or a fixed office desk, you’ll have a plug outlet nearby.  However, if you’re moving around to different homes, businesses, classrooms and so on, you’ll want a longer battery life.  If you use airplanes often, you may want more battery life.  A laptop with 3-4 hour battery life is something you may regret.  I, myself, prefer the security of not having to worry about the battery running low often.  5-8 hours seems to be ideal.  There are laptops with 10-12 hour battery lives but the odds of spending that long without having contact with a plug outlet is rare.  Caution with buying used laptops: batteries slowly wear out over time, so if the laptop you bought was used for a while, you may get 30 or so minutes less of battery life.

RAM: For Chrome OS, Android, Linux and the mobile version of Windows 10, you can get away with having 2-4 GB of RAM.  However, for Mac OS and the regular version of Windows 10, you’ll ideally want 8 GB; 4 can be usable for light usage but larger apps won’t run as quickly as they could and your multitasking capabilities will be limited.  12-16 GB of RAM can be an option for performance users but won’t make a large different for most people.  RAM only makes your computer as fast as its processor can be.  If you’re not using a laptop with a great processor, 12-16GB RAM won’t make a meaningful difference.  Right now, 8 is the optimal number.

Disc Drive: A disc drive adds to the bulk of a laptop, as well as an opportunity cost of what feature could have been present instead.  Preferably avoid a laptop with it if you don’t plan on using it. 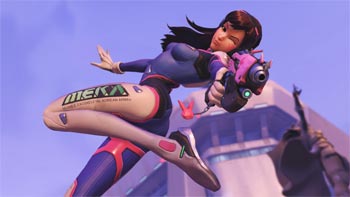 Gaming: Intel’s integrated graphics are fine for playing older games and indie games.  They can run some games from the late 2000’s at lowest settings, but they’re not for high-end gaming.  If you want to do serious gaming on a laptop, you’ll want a laptop with dedicated GPU.  A good CPU won’t make up for integrated graphics.  However, gaming on a laptop is not for everybody.  Gaming on a desktop is, by far, offers much better performance for much less money.  It’s a stretch to expect a full gaming experience for a device that runs on a battery.   In order to have a gaming laptop at an appealing price, sacrifices will be made in other departments such as portability and battery.

Overall, when buying a laptop, consider what your needs are and buy a laptop that suits them the best.