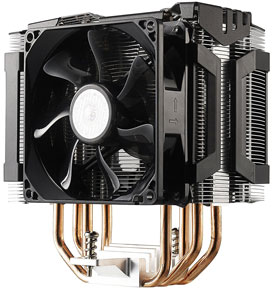 1) Every CPU needs a cooler, or else it will overheat.  Many CPU’s come with a stock cooler, although some don’t (such as Intel’s overclockable processors with a “K” at the end).  In this case, you must buy an aftermarket CPU cooler.

2) A stock cooler might be enough for your needs.  Should you upgrade to an aftermarket cooler?  If you find the noise of your stock cooler to be unbearably loud, yes.  If your CPU is capable of overclocking (and you want to overclock it to its full potential), yes.  Otherwise, if neither case is true, you won’t benefit from a new cooler.

3) If you’re not overclocking, focus on silence.  Without a performance boost, the main merit to judge the coolers by is the quietness of the fan.  The cooler with the most positive reviews may be excellent at overclocking, but might not have the best fan.

4) For overclocking, bigger heatsinks are better.  If you are looking to get the most out of your system, you will want to have a tall heatsink and a wide enough case to fit them.  Smaller aftermarket coolers are still usually better than stock coolers, but even the world’s best tiny air cooler won’t allow for overclocking as well as a good large air cooler.

5) Make sure your cooler can fit your case.  For ATX and Micro ATX builds, this is not often an issue; they should accept 160mm coolers just fine (but do double check).  However, for Mini ITX build, the smaller you go, the more limited room you have.  Some of the smaller ITX cases may only accept 100-125mm and the very smallest will accept 50mm or less.

6) Decide on an optimal price point.  There are several coolers in the $25-35 price range which will offer very good performance.  Yes, there are definitely great coolers in the $50-90 price range, but those are better suited toward high-end builds which have already invested in  those are best suited for higher-end builds, but don’t overspend on a cooler in the mid-range.  You’re much better off spending that money on a SSD (if you don’t have one).

7) Make sure there is room for your RAM.  Some of the wider Coolers will cover up your RAM slots.  On a smaller motherboard (ITX or Micro ATX), you need to be mindful of space and double check the Cooler is RAM-friendly.  On a larger (ATX) motherboard, a wide cooler may cover up 2 of your RAM slots, but that’s not a problem if you’re fine with just using the other two RAM slots.  There are a variety of narrower Coolers which give room for RAM, as well as asymmetrical Coolers which are wide but leave enough room.

9) Check if the Cooler supports your chipset (i.e. AM4, LGA 1151).  Often, coolers will come with mounting brackets which supports both Intel and AMD chipsets.  You can also possibly order mounting brackets online otherwise.  To be on the safe side, you can check completed build guides for builds which use the same CPU/Motherboard and see what Coolers they use.