Home Magic: The Gathering MTG Card of the Day The Deck of Many Things – MTG Forgotten Realms Card of the...

The Deck of Many Things has been part of countless hilarious, tragic, or hilariously tragic moments in people’s D&D campaigns, and it’s probably going to be much the same in Magic. Its two most common result ranges are quite advantageous, even if you don’t have much control over what you’re drawing/recurring, which I guess is what the subtraction to your die roll is balancing. Fortunately, you’re more in control of that, and despite The Deck’s high mana cost, that might make it an interesting option for decks that aim to pressure the opponent by playing things quickly, if they manage to stretch their curve out that high. Its best role, though, might be in casual formats where you shoot for that 20 total and make a great story out of winning (and drive all your friends to take Mogg Fanatic and similar things out of their decks!).

Dice rolls make their debut in black-bordered Magic, and The Deck of Many Things is an interesting card to start with in that regard. The mechanism of a lot of the dice cards is a good effect as a baseline, with better effects as you scale up. The Deck of Many Things offers just that, and it’s a card you can theoretically use to win the game on the spot! More on that later, though.

The Deck does carry a slight wrinkle: it’s more effective with an emptier hand, and it’s possible to dump your hand. But the main draw is for its two “usual” abilities: random recursion, and card draw. Seven mana to draw two cards (the most-likely ability) is not great, but keep in mind that this is both colorless and repeatable, off-setting that element. Random Regrowth is maybe less ideal…unless you know which card is coming back through graveyard manipulation, which is a thing, but a card coming back is still a card.

Rolling a 20 with an empty hand is where things get weird: reanimate a creature, but that creature’s death takes its owner with it. Owner, not controller. So the “best-case” scenario is to reanimate something, sacrifice it immediately, and give an unlucky player an unfortunate death experience. For seven mana, not so bad. It’s only coming up 5% of the time, and with an already empty hand, but that’s still possible.

I don’t think The Deck of Many Things is a Constructed card; it’s really only good with an already-empty hand, and getting to seven mana is a bit of a tall order. But it’s a nice source of card advantage that can occasionally make rude things happen…and if you need your hand in the graveyard, I suppose you can make this help with that.

Constructed: 2 (I think it’s too slow, but feel free to prove me wrong)
Casual: 4
Limited: 4 (good way to keep getting things back and getting gas to your hand, though unreliably)
Multiplayer: 3.5
Commander: 3.5 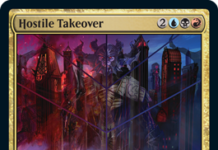 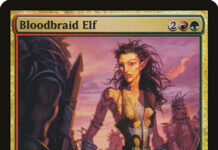