Some may caution against building a PC because an expensive PC will lose its value in a couple of years once it becomes obsolete.  While there is some truth to that statement, it’ truly depends on the build and which parts were selected.  Some parts retain their value well and others do not.

PC cases are largely matters of aesthetic and personal taste.  They don’t become obsolete in function, and we’re a long past the era of outright ugly cases.  Good PC cases from 5 years ago still sell today for most of what they sold for back then.  In the future, we will probably see cases become a bit smaller, but a case you buy today will still most likely be just as usable 5 years from now.

Motherboards hold their value despite becoming obsolete.  This is because manufacturers stop making them, the supply is fixed and people turn to the used market.

CPU’s also mostly retain their value due to a fixed supply.  CPU’s tend to only get ~10% faster per year nowadays, so they do not nearly become as obsolete as they once did during the 90’s and early 2000’s.

Parts Which Fluctuate In Value 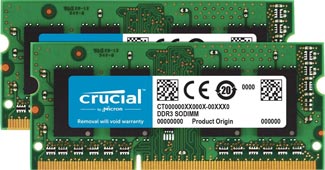 RAM is very cyclical.  When it is in short supply, prices go up and manufacturers make more.  But when the supply goes up, prices go down and manufacturers make less.  How much RAM you should buy depends on the cycle at hand.  In 2013, RAM costed ~$5 per GB.  Buying 16 GB to “future proof” your PC wasn’t a problem.  Now, in 2017, RAM costs ~$9 per GB.  Buying any more than you need, at the moment, is stupid because prices will probably come down in the next year or two.

Parts Which Lose Their Value

There are two parts which are often not economical to splurge on.

First, storage.  Not because it loses any utility, but rather because you can buy twice as much storage capacity for the same price in a few years.  Solid state drives, particularly, are pricy right now but Samsung declared that they will plummet in price before 2020.  Buy however much storage you need and don’t buy extra just to “future proof” your PC.

Second, video cards.  While it is true that certain video cards skyrocketed in price this year due to cryptocurrency mining, that is an anomaly and not a market trend we can count on every year.  In general, high-end video cards lose half of their value in a couple of years.  If you absolutely love high-end gaming and don’t mind the expense, go for it.  Otherwise, buying a GTX 1080 ($500) or GTX 1080 Ti ($750) for the long-term is not a wise investment.  It is true that they will remain very strong graphics for a long while, but in a few years,
mid-range cards will be just as good.