I don’t think Omnath, Locus of Creation making it this high is surprising in the slightest, and while I gave it the edge over the other clear candidate (which is definitely atop the list), you can make a clear case for either to be no.1. I ultimately gave my crown to Omnath, whose ban out of Standard has to be one of the fastest in recent memory.

Truthfully, Omnath’s strength comes in how it abuses the parts of the formats it is (or was) of; if a deck can ramp, it’s not hard to make Omnath do rude things in one turn. A seemingly prohibitive mana cost is made largely moot by Lotus Cobra shenanigans in Standard (and other formats; the little snek would easily make my top 10 if it wasn’t a reprint), and the notorious “Temur Adventures” shell makes use of things like Beanstalk Giant to get stupid amounts of value in one spell. It’s sort of the engine behind what was the catastrophe of early Zendikar Rising Standard, a card that got so much value over each turn that made it impossible to pass over, and it shrugged off a ban targeted at the deck in the process. It’s more than fitting to be this high on the list, and I certainly can’t argue against a high finish for Omnath 4.0.

Then again, if this Omnath was stupid, imagine what’s going to happen when it gets its hands on black mana next time we return to Zendikar.

Constructed: 5 (still sees play beyond Standard, where it was banned)
Casual: 5
Limited: 3.5 (harder to abuse here, but it’s no slouch if you can support it)
Multiplayer: 4.5
Commander: 4.75

It’s perhaps fitting that this card appeared in 2020, a year when many of us feared the world was crashing down around us – Omnath, Locus of Creation did to Standard what the Sons of Muspell will do to everything at Ragnarok. And considering how fast he was banned, Wizards of the Coast saw things the same way, though that again raises questions about why they were confident to release him if they weren’t confident to leave him in Standard.

Omnath is quite unique in his design, and not all in one way. His cornucopia of landfall abilities gives you both an inducement to ramp harder than usual and a purpose for those usually-dead cards you draw late in the game. He is also fortunate to have come during an era when color fixing is the default rather than a novelty. I must confess that he kind of contradicts my personal sensibilities: I believe that creatures’ point in Magic is to attack and block, not sit there and generate value without moving, like enchantments usually do. But his power is undeniable, as the lists of tournament-winning decks with Omnath ramp in every entry attest.

Despite my opening, I don’t mean for my assessment here to be entirely negative. Ragnarok is, in truth, not the end of a line but the end of a cycle, after which something new will begin; the World Tree will still stand, and despite losing the battle, the gods will eventually return to rule over the Nine Worlds again. It’s on us to search for hope and try to shape the world where we can – even if that’s as humble a place as the contents of your Magic deck. 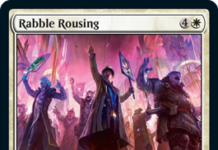 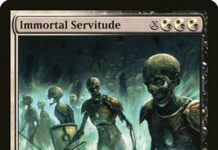 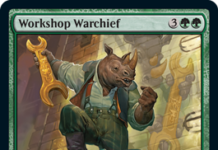