I am not including the Switch in my rankings because it still needs time to form a legacy.  These are of course, all just my personal opinion, which I keep divorced from any nostalgia.  I’m also ranking these consoles based on how well they’ve aged rather than just their impact at the time of release.

It was a portable console involved binoculars and a stand.  It tried to do something like VR except it only had ugly 8-bit black and red visuals.  It was neither portable nor a full console experience, nor entertaining in any sense.  This mid-90’s abomination was thankfully ended within months and replaced with the Nintendo 64. 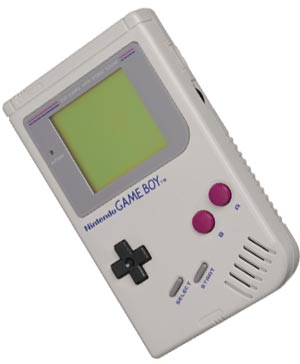 I will give this console credit for being the first portable console, but the screen was small, low-res, color-less, and it was bulky.  Great for its time, but hasn’t aged well.

It was a spinoff of the Gameboy (thinner, better build quality, and colors), but it was technically branded a new platform and received a few exclusive titles.  I feel bad ranking this console low because it’s contained some of my best childhood memories including Pokemon and Zelda.  But 3 year life span was too short.

If this list were purely based on influence and impact, NES would be #1.  It saved the video game industry from the arcade crash and made home consoles relevant.  However, the limited hardware at the time restricted the creativity of the music, storytelling, level design and atmosphere in games, meaning that Nintendo’s brilliant IP’s and characters were not able to be used at to their potential.

I understand many had enjoyable experiences from this console (3DS did have quite a few good games), however I felt like it was Nintendo’s biggest misstep in the modern era: 3D functionality was unnecessary and the social features weren’t really practical.  It launched expensive at $250 and no good titles for it.  The screen was very low-res (and tiny on the first model).  Unlike other Nintendo systems, no new memorable IP’s were made on 3DS.  For me, it just didn’t offer the new and exciting experiences other Nintendo consoles did.

This console didn’t sell well and made a lot of mistakes (boring name, poor marketing, slow launch, lack of third party, inferior hardware).  However, this was Nintendo’s first foray into HD gaming and many of its best franchises received excellent entries.  Wii U was somewhat disappointing, however, it did offer some of Nintendo’s most fun gaming experiences.

It had several classic games, introduced 4-player multiplayer and introduced many players to 3D gaming.  It remains a nostalgic system for many people, but let’s not forget the downsides: The controller is cumbersome.  Nintendo’s strict policies on third-parties which started N64 hurt them in the long-run.

Some can criticize the Wii for its limited graphical capabilities, but the motion controls were highly innovative and made some games feel incredibly immersive.  It also brought millions of people into gaming who haven’t touched a controller in over a decade.

Two screens and touch controls was a bold idea for the time.  However, this led to Nintendo’s future consoles implementing unique control schemes.  While some entries from Nintendo’s best franchises on this system were disappointing, this system received a lot of interesting and unique games from third part developers.

For it’s time it was affordable and offered much better visuals/sound than the original Gameboy.  The horizontal design made sense.  It has one of the largest game libraries of any console to date and even brought ports of many NES/SNES classics to the mobile market for the first time.

A really underrated undersold console.  It just couldn’t compete with the versatility of the PS2 at the time.  While the N64 pioneered 3D gaming, the GameCube’s improvement in hardware allowed those 3D games to do much more.  Not only did this gem have many of Nintendo’s greatest exclusives, but it was also the closest Nintendo has ever been in getting full third-party support.  It had a great library of both family-friendly titles and some excellent dark gritty titles too.

This was the heyday of Nintendo, when it crushed its competition, had full third-party support and was in every household.  The specs were a big improvement over the NES, offering real adventure and storytelling in games.  Even though many consoles have come out with better specs, SNES still has an excellent and vast library by today’s standards 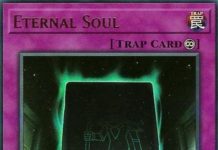