Hey everyone, this is my first PTCG analysis here on Pojo and I’m very excited to begin a new series of articles for you to enjoy! In these articles, I will review the previous month’s most notable tournaments and format shifts as well as the decks that are well positioned going into the following month! With May now behind us, we have a multitude of topics to discuss related to all of these points, so let’s dive right in to see what this month’s article will have in store for us!

To begin, here are the Top 8 results of the three most notable tournaments I’ve chosen from the month of May:

Starting with the earliest event, we head back to Toronto Regionals which did not allow cards from Forbidden Light to be played. Without cards like Malamar available to competitors, Buzzwole-GX/Lycanroc-GX was the deck to beat going into the tournament and very little could stop it from taking the win as we can see through the standings. Pure consistency and power are the core concepts of this deck and almost no other deck in the format matches it on this scale. Toronto Regionals is a great resource for players to utilize by analyzing how decks before Forbidden Light functioned and then comparing them to an event that allowed Forbidden Light cards to be played. Questions we can ask ourselves to better process this information include:

These are some of the questions I ask myself when analyzing a tournament that occured before the release of a new set. They are great ways of predicting the upcoming metagame and staying ahead of the competition in future events. It turns out that the results of Mexico City’s SPE can also be explained by the three questions mentioned above since the tournament did allow Forbidden Light cards in the players’ decks. If we use these questions to analyze Toronto Regionals, we’d most likely come to this conclusion:

So with this in mind, the most obvious and probably safest option would be Buzzwole-GX/Lycanroc-GX, right? Well, that is what many players thought, and for most it turned out to be their downfall (and no offense to those who did play Buzzwole-GX/Lycanroc-GX, it was actually a legitimate option due to its great track record). One of the most hyped up cards coming out of Forbidden Light was Malamar, and combined with either Ultra Necrozma GX or just regular Necrozma GX, the deck was very well positioned to take on the reigning champion and those who trailed behind (like Zoroark-GX variants). Mexico City’s SPE was a prime example of this due to Malamar variants dominating the tournament.

For the events that don’t have new cards legal for competitors to work with, there is a different set of questions that can be used to analyze that specific tournament, such as:

Using these questions, we can further predict the best play(s) for practically any event. They are better suited for upscale tournaments like Regionals or Internationals though due to the larger pool of data that can be utilized. 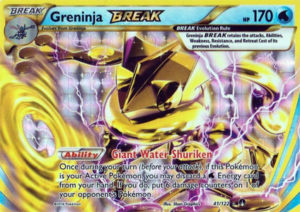 The last event I would like to go over took place the following weekend after Mexico City’s SPE and provides us with a more stable view of the Forbidden Light legal format. This tournament occurred in Melbourne, Australia and with Malamar on the rise, Greninja Break was able to take advantage of the favorable matchup and win the event. Surprisingly, almost all of the Malamar variants in Top 16 didn’t play a counter to Greninja Break (usually either Giratina Promo or Lunala Prism Star are used), so this might explain why the deck came out on top. It was a very intelligent play by Joey Ho, the competitor who piloted Greninja Break to 1st place in Melbourne Regionals, and I expect the deck to perform well in the future (as long as the Giratina PR count stays relatively low in most decks).

When it comes to deciding which decks are well positioned for June, I personally prefer not to go with the crowd and instead play decks that counter the “triangle” mentioned above. Decks that I expect to do well must have favorable matchups against most, if not all of those included in the triangle. Some decks that fulfill that role are Greninja Break, Xerneas Break, and Gardevoir-GX/Talonflame (which is a deck that I’ve been doing well with recently; I’ve won two League Cups with it so far). Most of these decks are unexpected plays (though Greninja Break has been gaining popularity as of late), so you will usually have the upper-hand when it comes to surprising your opponent. Since these decks aren’t weak to anything popular, you also won’t have to worry about running into horrible matchups very often. 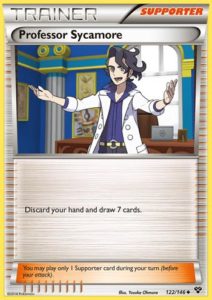 To give a minor rundown of the deck, the strategy is to set up as many Gardevoir-GXs as possible using either Talonflame or Alolan Vulpix to grab the resources you need. A high Prof. Sycamore count allows you to discard unnecessary Pokemon such as extra Talonflame, Mewtwo, and Alolan Vulpix in order to remove them from the deck as quickly as possible. There are a few unusual techs in my version (such as the 1-1 Octillery line which normally isn’t included in this particular Gardevoir-GX variant), so I will also explain as many of them as I can below: 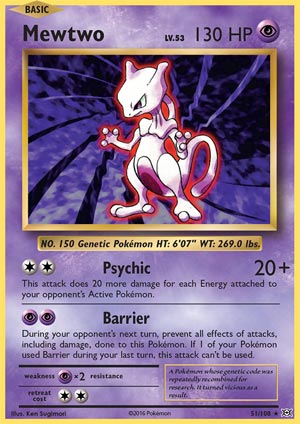 1 Mewtwo (EVO): Instead of Mew-EX (PR), I’ve decided to go with Mewtwo for two reasons. One, Mew-EX only works if you have a Gardevoir-GX in play and while that is nice and everything, I’d rather just attack with Gardevoir-GX then I would with the fragile Mew-EX. Two, Mewtwo is a one prize attacker, so that can greatly swing the game into your favor against Buzzwole-GX if timed correctly.

1-1 Octillery (BKT): I felt that this deck lacked late-game draw support and while Oranguru is another great option, I prefer Octillery due to the ability to draw extra cards which is always better in a Stage 2 deck (and the added bonus of being able to Brooklet Hill for Remoraid when playing against Buzzwole-GX).

1 Super Boost Energy (ULP): Originally, I played a single Max Potion instead of the SBE (Super Boost Energy), but I then realized that the format has dramatically shifted from that of preservation (when “BrokenVoir was popular) to swift and decisive K.O.s by turn two (with Buzzwole-GX/Lycanroc-GX dominating tournaments). I decided that Gardevoir-GX variants in general would have to change to match the new style of play or be overrun by decks like Buzzwole-GX that could hit 230 by turn two or three. SBE is a great replacement for Max Potion that easily fulfills the aggressive role needed to be competitive in this format. Not to mention the synergy it has with Talonflame in the first place.

Anyways, with only two Regionals left before NAIC in Columbus, OH, we will have limited data to work with heading into such a large event. Hopefully, this article was able to help explain better ways of efficiently and effectively analyzing a tournament for useful information. Check back at the beginning of July for another Monthly Tournament Analysis article here on Pojo! Also, check out the other resources Pojo has to offer such as the “Card of the Day” articles, Pokemon News, and more!