Sometimes, I really love some good art. Hello Pojo Readers, Crunch$G here with the first article I plan to release in 2018. Just very recently, something popped up on the Official Yu-Gi-Oh site that caught my eye, The Lost Art Promotion. Not much is known about this right now except for the fact that it has the OCG Monster Reborn art, the one that’s the Ankh. Now, European Konami has said that there will be a way to get this artwork of Monster Reborn, but we don’t know how yet. This makes me think that maybe we will get some other artworks that the OCG got that the TCG never did, because they love to censor. So here today, I will mention what I will love to see in this Lost Art Promotion for the TCG, but first I will start with two things that I can imagine TCG Konami will avoid, then get into some of the interesting things this can bring us.

There are card arts that the TCG Konami change from time to time, whether some are worthy of it or not, but some are just so minor that many don’t even mention it. For one, Psychic Commander in the OCG has his hand in a Nazi like position, which the TCG thankfully changed to him holding a single finger up (not the middle one of course, haha). Also, Ego Boost in the OCG… well let’s not talk about that. The bottom line is that some artworks are too minor for the TCG to even worry about, so I can imagine we will not see these in the Lost Art Promotion.

Yeah, Ego Boost might fall under this category as well, but there are more infamous examples. For one, the OCG artworks for the Harpie cards are mostly naked, excluding Cyber Harpie Lady, who has a spike where her breast is so you can imagine what that is supposed to be. We also got Mist Valley Shaman looking… very interesting in the OCG. I feel the goal of the Lost Art Promotion will be to give the TCG some of the coolest artworks that they decided to censor in the TCG. Now, I am sure we love some sexy images from time to time, but there are many places for that and Yu-Gi-Oh isn’t one of those places. I am with Baneful on this topic, there is no need to sexualize Yu-Gi-Oh cards, so I imagine this won’t be part of the Lost Art Promotion.

Holactie the Creator of Light and Magi Magi Magician Gal 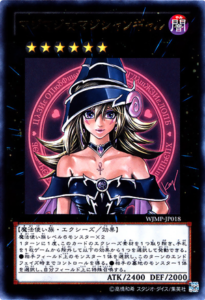 For years, there are two cards in the OCG that the TCG have yet to have a glimpse of light of seeing over here. Holactie was a promotional card for the Duel Art Campaign over in the OCG, so it will be cool for them to bring this card over to the TCG for a similar deal. I am sure they will make this hard to get, just like the OCG did considering there are I believe only 500 copies in the world and all are Japanese, this could 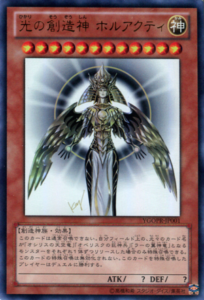 be a great collectors card for a select few to get their hands on. A more common card for this deal could be the printing of Magi Magi Magician Gal. The card was a Jump Promo for the OCG, but the TCG could never get it printed because Kazuki Takahashi didn’t want to create a censored form of it. Now that we are getting uncensored cards, I feel there should be no issue with Magi Magi Magician Gal considering the only real issue is an Ankh. Sure she shows a little bit of skin, but it isn’t really anything major enough to be too much of a issue that I mentioned previously. This is the best moment for the TCG to finally get these cards, even though they will mostly be collectors cards.

I feel the biggest target for this promotion will be some of the older cards that got censored in the TCG many years ago. Barrel Dragon is a good example. In the OCG, he was literally a Dragon made of guns, so the TCG decided to turn him into a Lazer Cannon Dragon. The original artwork of that card was awesome, so I will love to see that get a TCG print. Ring of Destruction also looks pretty good in the OCG since the ring is surrounded by grenades instead of fireballs. One card I am iffy on is

Dian Keto the Cure Master. The Ankh she holds clearly isn’t the problem as this promotion does have Monster Reborn in it, but she is a little bit more sexualized in the OCG than the TCG, so I am not 100% on if they will bring that over, though I guess it will be another cool one. I can also see them bring some newer cards in for this promotion as well. Superdreadnought Rail Cannon Gustav Max had his cannon turned into what looks like a birthday candle, so I would like to see the original art of that as it is pretty cool. I won’t mention all of the different arts between TCG and OCG because that will take forever, but what I am getting at here is that there are tons of cards that look better in the OCG that could finally see the light of day in the TCG with said artworks.

I really think this is a cool promotion that Konami is doing, and I really hope they pick some of the great OCG artworks to print in the TCG. Some are not worthy, but many are. I really hope Konami doesn’t drop the ball with this and I hope they still don’t try and censor the cards again in the TCG, only this time in a much lighter side. I want the complete OCG artworks of whatever cards they choose for us to have. This is a cool promotion for collectors, whether it is a pack or some subscription deal, I say this could be worth hopping on cause again, some of these artworks are outstanding.

P.S. I really hope this means Monster Reborn will once again be legal in the TCG. 😉