If you’re a regular Pojo reader, you already know me better than a lot of people do. If you’re not, I’d like to note that my reviews are all tagged with the informational caption “Player since 1995”. I often write reviews in the exact manner you’d expect for someone whose reviews are captioned that way. I make references to historic decks that some players never knew even existed. I compare modern cards to cards that are as old as people who are alive now and who are not children. A couple of paragraphs from now, I will say something you might not expect me to, so I would ask you to think very carefully about what the fact that I’m saying it means.

Brawl is a Commander-derived format which has a severely restricted card pool. This means that it lacks certain effects considered staples in Commander; given the Play Design department’s philosophy, it probably always will. If you actually follow its recommended rotation (ie. the same one as Standard), strategies will rise and fall over what is a short time frame for anyone who isn’t used to Standard, and for many people who are. Its contents will be constantly changing, defined by the annual whims of Magic R&D and the creative department. But . . .

But, we should all give it a chance anyway. 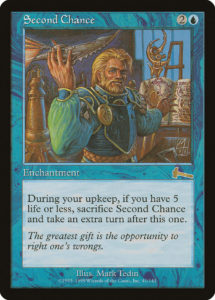 There is a very simple question which has bothered me for a long time, and it may have bothered some of you too. Why would you expect everyone to play Magic the same way?

There are over 40,000 unique cards. There are more possible combinations of those cards than can be counted. Yet to many of us on the internet, if you’re not playing Standard or Modern, you’re playing Commander. There’s too much of a gap between that number of combinations, and the number of formats we discuss. We might even be missing out on the next Commander, so to speak.

There’s no way to check, because the forums of the day are mostly gone from the internet and the content unrecoverable. Yet I would be surprised if there hadn’t been people saying “Sure, some people are having fun with this Elder Dragon Highlander thing, but it clearly doesn’t have any mass appeal or potential for widespread influence.” Imagine what Magic would look like now if people hadn’t given Commander a chance. I can’t. It certainly wouldn’t be what it is now. 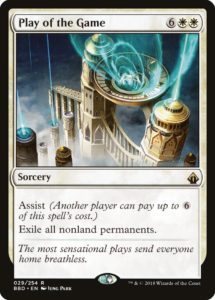 Brawl was never intended to replace Commander, just as Modern was never intended to replace Standard. They offer different experiences, which is the exact sort of thing that a game with over 40,000 unique cards lends itself to. Why has the online community chosen to limit itself so much? I understand that the rules are complex, small card pools are nonetheless large, deckbuilding takes time, and analysis can be difficult. But when your game experience is too uniform too often, that’s when you burn out. That’s when the love dies and a hobby becomes a burden.

Even board games like Monopoly, which have a limited number of pieces, are often played with house rules and local variants. Magic isn’t just a game that can be played like that, it’s a game that should be played like that. These cards were made to be looked at, appreciated, handled – drawn, cast, tapped, sent to the graveyard, and shuffled up again. That’s why we have formats like draft and sealed for the cards that aren’t quite efficient enough for competitive constructed. How would it hurt to have one more format whose mentality isn’t competitive constructed? 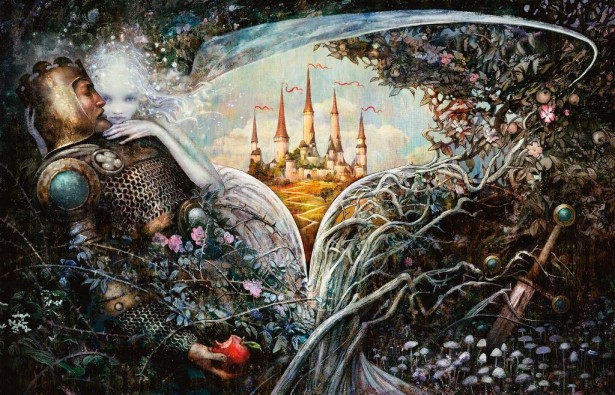 You saw the preview art for Throne of Eldraine, didn’t you? You’re already thinking of round tables and dark forests and starlight on steel, aren’t you? You’re dreaming of following Rowan on her quest to Corbenic and points beyond, right? Of course you are. You saw the art, after all.

What do you want your memories of Eldraine to be? Do you want to sift through the set, smile once at each of the references, put most of the cards in a box, and pick out the one or two that have a chance of making the cut in a Commander deck where they’ll be overshadowed by Sol Ring and Cyclonic Rift? Do you want to play cards that evoke our deepest ancestral memories and just watch them get stolen seven times a game by Twincasted copies of Bribery? Or do you want to be part of a different, perhaps unique – perhaps even fun – experience?