Genesis Ultimatum got a lot of attention because of a particular period in this year’s Standard season, where it was being cast shockingly early thanks to Lotus Cobra. You can get lands with it and you already control a Lotus Cobra, so this lets you chain one into another; and because of a certain four-colored elemental you may have heard of, you didn’t even need to attack to win the game. That was kind of an outlier in the history of Standard tournaments; a deck that was technically ramp but played more like an old-school combo deck, where your opponent has to just sit there and watch the finish. Our assessment of the card in general may be colored by that, as it is, at heart, more of a casual card than a tournament card. When it’s part of an “I can ramp into more things at once than you can” duel on a kitchen table, it’s doing its best work.

This card did not make my top 10 list, nor was it on the shortlist for inclusion.

Genesis Ultimatum is definitely a powerful spell if you can muster the mana to make it fire, which is perfect for decks that rely on lots of ramp and Lotus Cobra. Seven mana to draw five cards, put five permanents into play, or do some combination thereof is a brutally powerful effect if it gets to resolve…and if you get something like a Ugin, the Spirit Dragon, then things get really ugly. The problem with it is that it’s seven specific colors of mana; even in a Standard amenable to such things, it can be hard to make the specific colors come together if your opponent’s able to interact with it. There’s a lot this spell does if you let it, and it has come into its own since its release, but I feel like it’s more that it’s the beneficiary of the current format than a good card in its own right.

Constructed: 3.75 (it’s good in this Standard, all things considered)
Casual: 4
Limited: 3 (the specific colors are a massive sticking point, and Ikoria is a set whose bombs generally came in at higher rarities)
Multiplayer: 3.5
Commander: 4 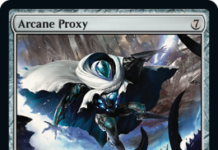