When I think of Liar’s Dice, this is the first thing that pops into my head.  Will Turner and Davy Jones going head to head on the Flying Dutchman in Pirates of the Caribbean.  If you haven’t seen this scene, you can check it out on YouTube.  It’s a great introduction to Liar’s Dice.

So, how the heck do we get from Liar’s Dice to a game called Fluff?!  Fluff is a new Dice Game from Bananagrams.  Fluff puts a new twist on Liar’s Dice:  All the “ones” on all the dice have been replaced with wildcards.  So every single die has a wild card die side instead of a one die side (one pipped dice), and that wild card is now wild for everyone.

It’s an effective spin on the game, and that spin changes the math/odds around a bit.  But the game pretty much still plays the same as regular Liar’s Dice.

How to play Fluff 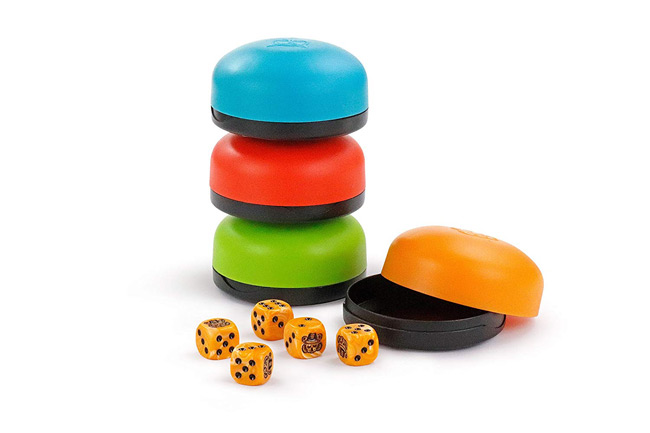 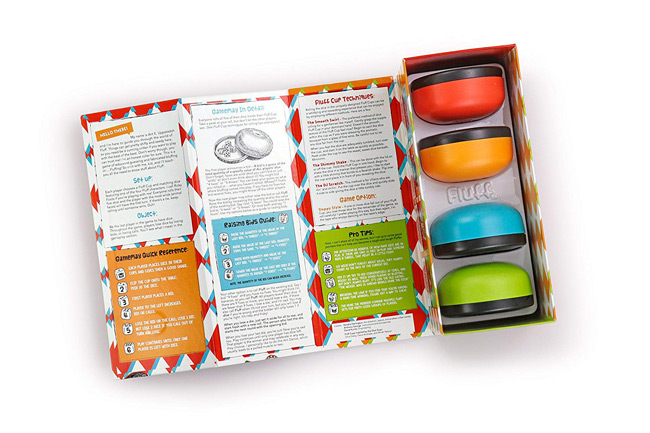 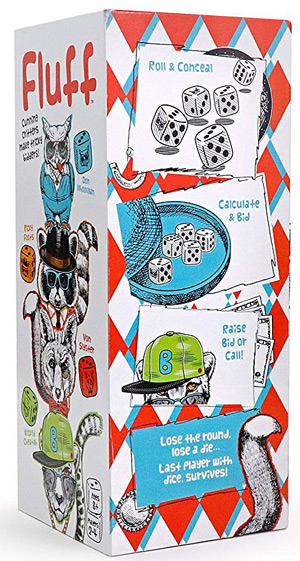 I know this box is for 4 players max, but I think this makes for a fantastic party game. If you buy two of these, you can play with up to 8 people.  I think Party Game night is where this game really shines. We have played this several times at my house with 8 players, and it’s great.  My personal opinion would be to try to pick up two sets of Fluff.