If you’re familiar with the Forgotten Realms setting, you know that Bruenor is associated with his special weapons and armor, and he brings a little of that expertise to the Magic table, too. There have been equipment payoffs and even pseudo-lords in a few sets, but Bruenor is notable because he can either act like a Glorious Anthem-style effect for multiple equipped creatures or as an additional Voltroning for a creature that’s already carrying multiple equipment cards. That last one might be win-more in some settings, but it may also help out in high-life-total environments like Commander, where beatdown decks traditionally struggle. His second ability is no joke, either, as equipment-based decks sometimes run short on mana – if you have him and Halvar, God of Battle together, you might end up on the same effective advantage as an actual ramp deck!

Constructed: 3/5
Casual: 4/5
Limited: 3/5 (since we haven’t seen the complete Adventures in the Forgotten Realms set yet, I can’t be sure exactly how many equipment cards are in the set, but if you pick up a few along with him, he’s worth building around)
Multiplayer: 3/5
Commander: 4/5

Red/white has sometimes dipped their toes into equipment mattering, and Bruenor Battlehammer seems well-suited to lend a hand to decks in that vein. Being able to pay zero mana to equip something is nice when the equip cost is high (like with the infamous Colossal Hammer), and that anthem-like effect on equipping creatures certainly doesn’t hurt! A 5/3 for 4 isn’t terrible on its own, but Bruenor is better when you have a lot of things to load onto him (or other creatures), particularly since he lacks keywords to do battle with.

Constructed: 3 (might have a home, but not entirely sure on that yet)
Casual: 4
Limited: 3.75 (body is decent on its own, and he doesn’t need equipment to be decent)
Multiplayer: 3
Commander: 3.5 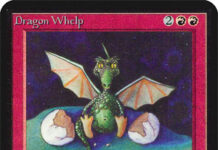 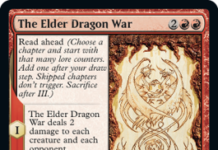 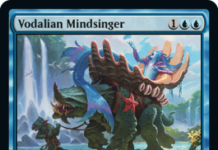