It’s time to engage into a new format. Hello Pojo Readers, Crunch$G here to talk about the latest Forbidden & Limited List to take effect in July 2021. Coming off the release of Lightning Overdrive and existing in a meta of Decks like Drytron, Tri-Brigade, Dragon Link, and more, we see what Konami decides to do to take care of these Decks. With the new product and upcoming reprints in the 2021 Tins, you can’t expect too much in terms of hitting the top Decks outside of the one that has no reprints or new known support coming. Overall, let’s see what Konami did to change the format around. 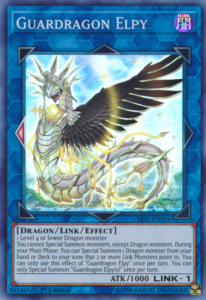 The first of two bans is probably the most predictable hit on this list, Guardragon Elpy. With no support for Dragon Link coming in new product and the Deck being as old as it is, we can finally get rid of this Deck. Elpy is a card that 100% deserves its slot just like Agarapain. The fact this could summon any Dragon from Deck was way too unfair. Even ignoring the fact that Dragon is one of the best Types in the game, having a generic way to summon any monster of a specific Type from the Deck is insane. The boards Elpy helped build were insane, and with the card gone the ceiling of the Deck is lowered. The Deck isn’t dead yet, Dragon Link is still playable, but we had to get rid of its most degenerate piece.

From Limited to Forbidden 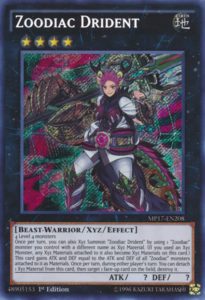 The second ban on this list is one nobody would of seen coming if it wasn’t for the OCG hitting this card on their July list. Zoodiac Drident’s hit looks understandable on paper due to the popularity of Zoodiac and Tri-Brigade Zoodiac variants. It’s just strange because the main issue in Zoodiac is Divine Arsenal AA-ZEUS – Sky Thunder. If you wanted to take care of that problem for Zoodiac without hitting Zeus before its reprint, you’d imagine Zoodiac Boarbow would of been a more justified hit. Maybe even Zoodiac Ramram if you wanted to prevent combos summoning Infinitrack Fortress Megaclops or the potentially upcoming Number F0: Utopic Future Dragon. Pure Zoo is worse off now than before Drident was banned since Barrage was limited when Drident came back. At least they got Zeus and maybe we get Drident back if Zeus is banned eventually. 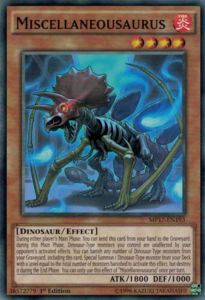 Now to the limits of the list, and starting off we got a card we wanted back on the limited list for a while. Miscellaneosaurs being at 3 helped Dinosaurs stay in the format for so long, especially after the release of Archosaur. No matter what happened on a Forbidden and Limited list, Dinosaurs always found a way to stick around due to zero hits. If they went without a hit again, we would of seen Dinosaurs in the next format as well. Miscellaneosaurus being limited doesn’t completely get rid of Dinosaurs in the format potentially, but it makes sure the Deck can’t completely ignore the opponent’s interactions as much as before. Let’s see how Dinosaurs evolve in the format now they finally took a hit. 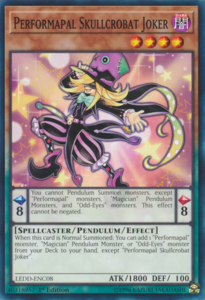 Konami has been harsh on Pendulums for a while now, so its time for them to get a little bit more love. We aren’t likely going to see Heavymetalfoes Electrumite come back yet, but we got potentially the next best thing. Performapal Skullcrobat Joker being back does give any Performapal, Odd-Eyes, or Pendulum Magician variant a bit more consistency. They finally have their best Normal Summon back to get the Deck to any monster you might need in a given moment. The OCG having this at two right now does suggest Konami could bring this card back to a higher number at some point, but I’m sure Pendulum players would be happy to at least have 1 Joker for now. 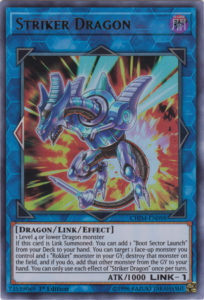 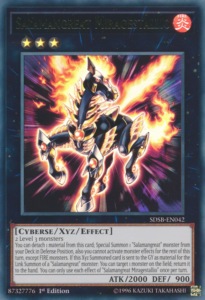 Now here’s an interesting case, as Salamangreat finally have back Miragestallio. Salamangreat does fine in a rogue sense, but isn’t an overwhelming presence like it once was. After Miragestallio was banned, we’ve noticed the Deck can have a higher ceiling if you got your combo considering you won’t be locked to the FIRE Attribute. With Mirage back now, your main Salamangreat combos might be more consistent, but at the exchange for being locked to FIRE effects afterwards. I’m sure Salamangreat will appreciate having a copy of Miragestallio back so they can have a more consistent access to more pure Salamangreat plays, but the Deck we learned doesn’t need it that bad since we have combos that want to use non-FIRE monster effects. 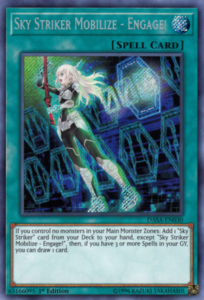 Now here’s a controversal release from the list, we now have Engage back at 1 in the format. Having a lone Engage is a big boost to the Deck considering how easily they can get it in grave with cards like Foolish Burial Goods or Hayate to retrieve off of Kagari, or potentially search in the End Phase with Shizuku. Having their searcher back that also could let the Deck draw now gives the Deck a chance to generate a good amount of advantage once again. No hard once per turn is also going to be highly abusable since this is the first time in a while we had Engage and triple Kagari in a format. The only big thing is you likely won’t want to Multirole your Engage back since it’ll get banished. Sky Striker is probably going to be a much better rogue option now, but rises the ceiling if the Deck gets new support, which could be likely with an archetype as beloved as this one. 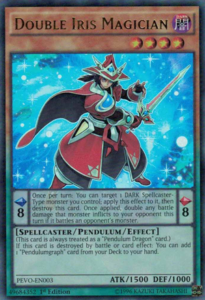 For the lone semi-limit of the format, we got one that could be relevant since it could be used with Luster Pendulum once again. Double Iris wasn’t doing much at one in this format, so it warranted going to a higher number. Of course, bringing anything Pendulum related to multiples does open up Luster Pendulum as mentioned, but I don’t think that’ll be too insane with Double Iris. It helps give you more access to your Pendulumgraphs at least in your Pendulum strategy. Double Iris isn’t that insane of a card, so it’s going to be fine at two and it’s likely going to three next list like most cards that go from limited to semi-limited. Probably one of the better lists for Pendulum lovers in a long time now. 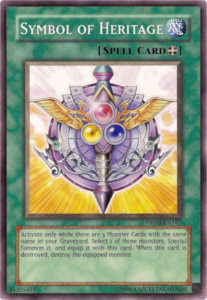 Now for the final change on the list, which is Symbol of Heritage coming from one to three. This is interesting since now it ensures that Power Tool Dragon could guaranteed get you to this card if you have all three in your Deck, and if all three aren’t in your Deck, it likely means you drew it. It’s a great card to help abuse Lonefire Blossom, and it’s one we see often in several FTK Decks. With that said, those FTKs are likely going to be inconsistent and Plants can use all they can get, so having more options to abuse Lonefire is nice since Soul Charge isn’t in the format and likely isn’t coming back for a long time, if ever. This is likely going to be irrelevant, but I’m sure we can see some cool combos with this card back at three now.

Overall, this is a pretty small list, but it is going to shake things up. Having Engage back will ensure we’ll likely see more Sky Striker around, and Miragestallio might help bring more Salamangreat to the top tables. Dragon Link easily took the biggest hits losing Elpy all together alongisde two Striker Dragon. Tri-Brigade is still going to be good, despite the fact they did lose Drident for the Zoodiac variants, but I’m sure Zoodiac will still be relevant with Zeus in the format and Tri-Brigade not taking a hit directly. Dinosaur is finally taken down a notch after all the time it was relevant and still went unchecked. Pendulum got some help, but we’re still hoping for Electrumite comes back to boost that Deck more. Overall it is significant enough of a change, but Engage was still somewhat of a bold move with three Kagari.