Branded Bond is one of the easiest “Branded” Spell/Trap cards you can “shotgun”.

Special Summon 1 of your “Fallen of Albaz” that was banished, in your hand, or in your GY…so Monster Reborn anywhere for Fallen of Albaz or anyone carrying its name (like yesterday’s Dragon). A cost-free way of getting your original Fallen of Albaz or Albion to the field is appreciated, and, like all “Branded” Spell/Trap cards, it can cycle itself back if sent to the grave by a “Fallen of Albaz” effect. Summoning the original Fallen of Albaz will trigger his effect and grant you a Fusion Summon as long as you can supply the necessary requirements. Special Summoning Albion gives you a Fusion material or a big beater on the field. Albion won’t be able to be Special Summoned using Branded Bond if it is banished, but if it is anywhere else you’re more than likely using its own effect, which could get you to this in the End Phase.

Pretty good card. Has good range for summoning Fallen of Albaz so you don’t have to use your Normal Summon or use a Special Summon on him.

Speaking of Branded Spells and Traps, we got a new Spell in Branded Bond.

Branded Bond is a Normal Spell that lets you summon a Fallen of Albaz that’s banished, in your hand, or in your graveyard. Simple enough to get your Fallen of Albaz back to trigger his effect and try to go for an instant Fusion. You can also revive yesterday’s card while it’s in the graveyard as well if you need a stronger monster. It gets better as we potentially get more monsters treated as Fallen of Albaz as well. Second effect is what we’ve seen on the other Branded Spells and Traps where sending it off Fallen of Albaz lets you set it from your graveyard during the End Phase, helping make up for the discard you needed for Albaz. Would of made this better if it was a Quick-Play considering how useful the first effect could be on the opponent’s turn. The card is knocked down a few pegs without the Quick-Play symbol, but it’s fine, even with the hard once per turn clause.

Art: 4/5 Ecclesia is being very nice to what could be a very dangerous Dragon.

Branded Bond is a Normal Magic card.  And this card is the perfect example of a card that IS good, and was moderated in its making to keep it from being broken, but without killing the card.  If this card were Quickplay and/or didn’t have the once per turn each Effect on here, it would very likely be too powerful.  Being able to Special Summon a Fallen of Albaz from anywhere (so long as its removed from play) is almost too good and open an Effect on its own.  For a second spin on this card, if it’s in your Grave because it was used as an Effect of Fallen of Albaz, it can be Set back to your Field.  This has to happen THAT Turn, however, so that might get you occasionally, but it’s not such a restriction to the card it should cause any real issues  Just be mindful of this.  But that’s why it can’t be Quickplay.  A couple of these could be welcome, but one might be enough also with the recycling aspect attached.

Art:  3.5/5  I think they could’ve done more to express the bond here or even show it, but it does an adequate job 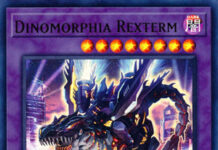