I was very excited to receive the email from the boss man (Pojo) on if I’d be willing to review a boxing game for the switch.  Boxing seems like it would be a ton of fun on the switch, especially using the joycons.  Growing up, I loved Punch-Out!! on the NES and was hoping that this would be similar.   Could this be the next generation Punch-Out!!?  Unfortunately, Boxing Champs did not live up to those expectations.  What seemed like a great idea, especially on the switch, fell a little short.

Boxing Champs (by Raz Games) is a boxing game that you play through an aerial view.  The graphics and music bring me back to the time of late NES and early super NES.  You are given three options as the game starts. You can play one player (career mode) or two player (local), and you can even create your own boxer.  Career mode is very similar to other sports games. You start out in the bottom rank, and you are looking to climb the ranks to become the champion.  Multiplayer is only for local play only, and online play is unavailable.  You are given 8 options to customize your boxer. 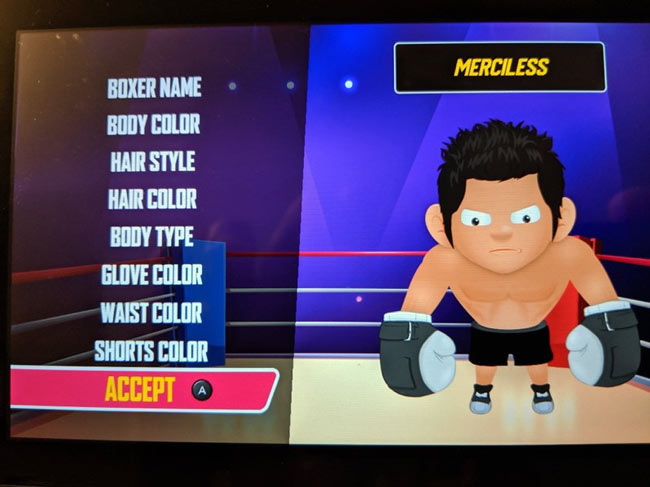 Career Mode starts off as a rookie boxer, and you are looking to make a name for yourself.  As you progress up the ranks you are given points to spend in order to increase your boxer’s stats.  If you are looking to max out your characters’ stats then you will have to win all the belts and defend your title 2/3 times.  A drawback to career mode is that the boxers are quite similar.  Every boxer pretty much has the same fighting style.  Unlike punch out, there aren’t any patterns to memorize or timing tricks.  Each fight was a slug fest. 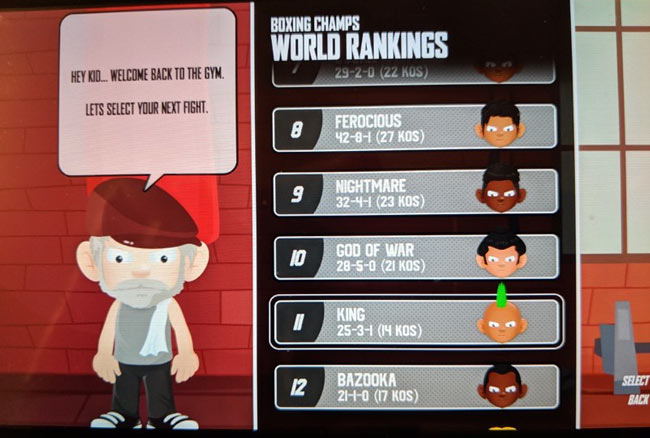 Once I figured out what worked against the computer, I used that technique until I was the champ.

Multiplayer mode was pretty fun.  I played against some friends and we had a good time.  There was a lot of laughing.  The controls are easy enough to explain to rookie boxers so anyone can pick it up and start competing.  The biggest complaint was replay value.  After about 20-30 minutes we noticed we were doing the same thing.  There was a lot of button mashing going on. 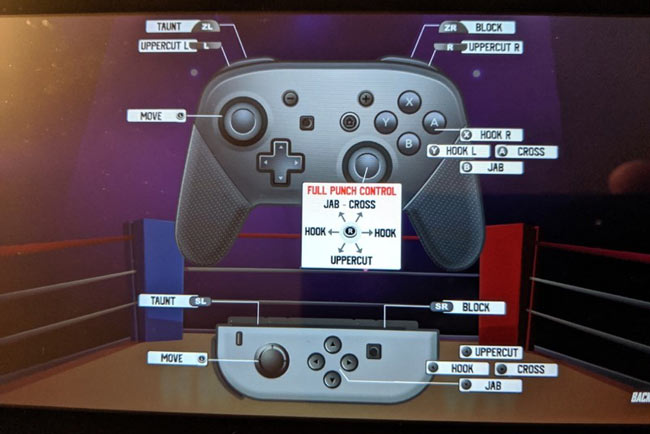 Overall, I would give Boxing Champs a score of 3 out of 5.  I liked the controls because they were easy to use so that the game was easy to pick up and start playing.  The ability to customize your boxer is also a positive.  Boxing Champs could improve by reconstructing the content.  I finished the game in about an hour and a half, and after beating Career Mode there wasn’t much for me to do.  Additionally, online play would improve multiplayer mode.  Lastly, I would like to use the joycons to simulate boxing moves.  It would’ve been nice to feel like a boxer as I was playing this game. 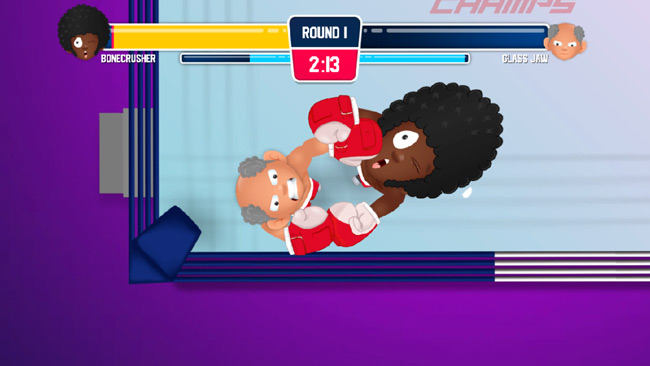 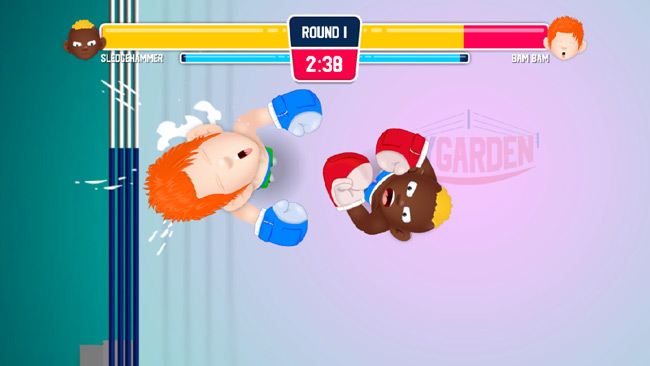 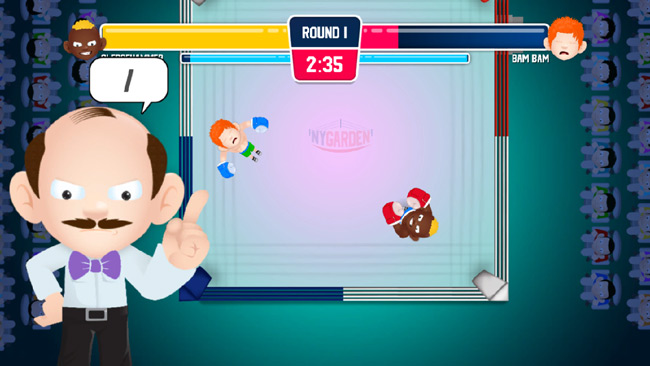