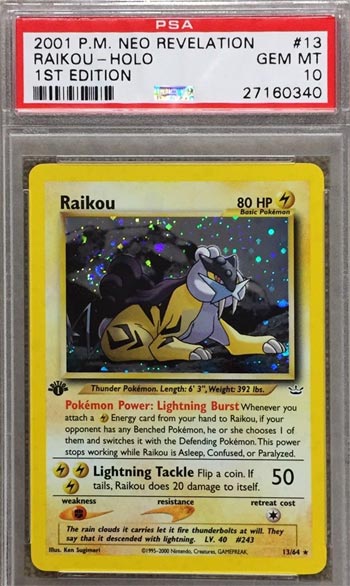 This 1st Edition Raikou from Neo Revelation is a hot card, especially when graded at PSA 10. This card sold for $2425 in October.  Another PSA 10 sold for $1547 in October as well.

As we write this, there are only 16 Perfect 10’s on the PSA Population Report.  After this price gets out, I’m guessing more people will be sending their Raikous in for grading.