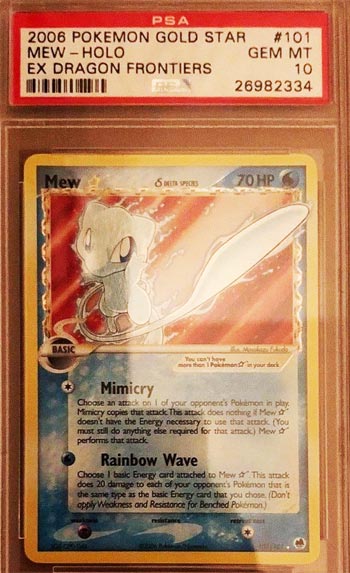 The first Gold Star Pokémon to appear on our Top 25 list. Gold star cards feature an embossed foil star next to the Pokemon’s names.  They also feature shiny/alternate color variants of the Pokemon.  This card sold for $2600 in December 2017.  Another PSA 10 also sold for $2000 in November.