Home Technology Tech Tips Why 1440p is Better Than 4K. 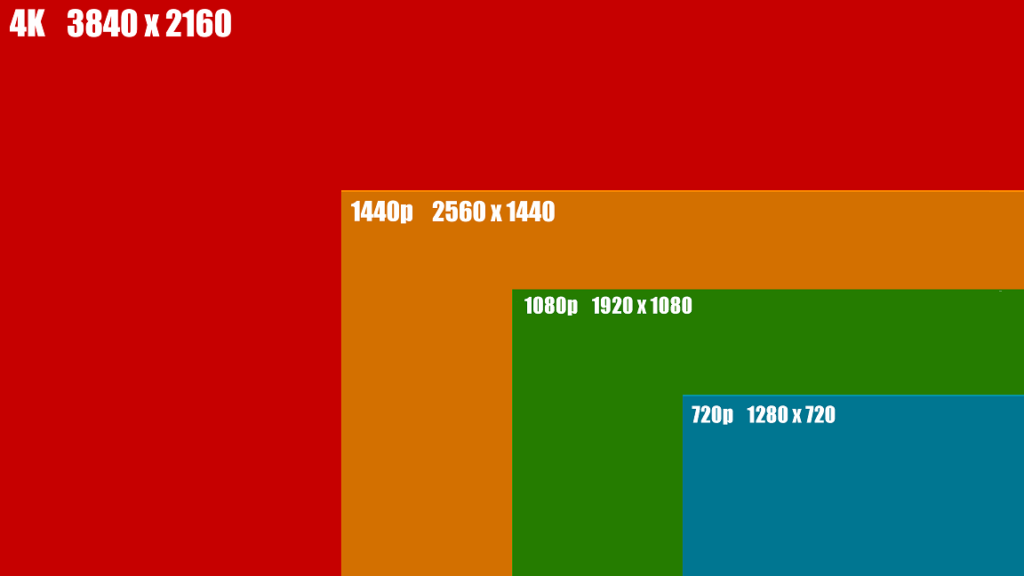 1440p has almost twice as many pixels as 1080p though 4K has a over twice as many pixels as 1440p.  However, at a certain point, having a higher number of pixels doesn’t matter in the absence of context.  While 4K monitors are capable of offering better image quality, there are problem which make it difficult to recommend to everyone at the moment, and as a result, 1440p will be the new standard for a few years.

Forgiving my forthright title, there are a few instances in which 4K displays are inherently better.  First, if the display is mostly going to be used a television for streaming and movies.  Second, if the display is going to be used for professional visual applications like photo/video editing in which very large workspace and ability to view photos at high resolutions are still built in. However, for practical consumer concerns and considering how the user interacts with the display, 1440p is often better.  Why?

And for gaming, 1440p is mostly superior.
* There are some 1440p monitors which have 144 Hz (for very smooth framerate) but 4K monitors will all limit you to 60 frames per second.
* 4K literally halves your frame rate compared to 1440p, strongly impacting your performance.
* Budget video cards ($100-200) can still run modern games on a 1440p, whereas they would be unplayable on 4K.
* At 1440p, games get high frame rates on mid-range cards, whereas 4K monitors require high end cards to do the same.
* It takes a $750 video card to get a solid 60 frames per seconds on a 4K monitor right now.
* 4K does offer a modest improvement in image quality for gaming on a desktop, but it’s not worth the severe loss of performance for many people right now.

Below is a chart of data I compiled to see what could be ran on 1440p.  I chose High settings because Ultra ruins the frame rate for minimal benefit.

I didn’t record the numbers for 4K, in the interest of time, but you can imagine those rates roughly dropping in half because your video card needs to work twice as hard.  This is fine for lighter games like Overwatch but not for graphically involved games like The Witcher 3. For people who care mostly about streaming, browsing, productivity and/or content creation, with gaming just being a very small hobby on the side, a 4K monitor can be doable if you’re willing to turn down the resolution/settings/framerate while gaming.

If you are mostly focused on streaming or creating visual content, definitely go with 4K if you can afford to.  Otherwise, for students, businesses, general productivity and for gaming, 1440p is the most optimal choice right now.

Will 4K be a standard desktop resolution a few years from now?  Yes.  But not until larger 4K monitors are more affordable, video cards which can run games at 4K become more affordable and software in general is better optimized for.